Two council members in Bristol Borough&nbsp;say the council president used borough trash haulers to clean out his own property.

It was mid-April along New Buckley Street in Bristol Borough when a resident—who asked not to appear on camera—says she had enough of trash piled-up out front. She says just before she was going to complain to town hall, the borough trash hauler picked it up. 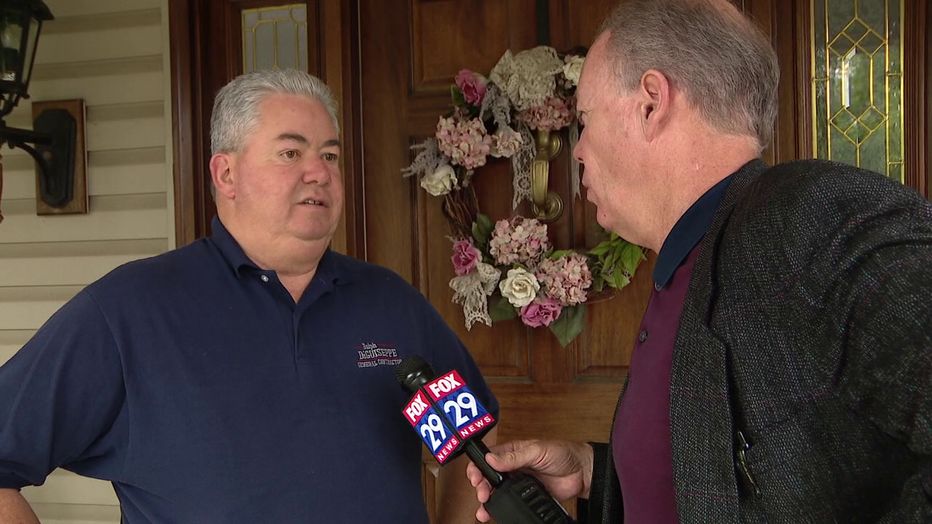 It was all caught on camera. Borough council member Tony Riccio says the pick-up at a property of the council president is a problem.

"The trash driver and two helpers spent 11 minutes taking the debris he set aside on the street. They take it and put it into their trash truck at taxpayers expense. Even at the end of the video, you’ll see the trash truck driver take the broom sweep it all up nice and neat," Tony Riccio said.

The trash pick up was recorded by a fellow council member, Tony Devine, who thinks it’s a problem.

DiGuiseppe, a general contractor, spoke to FOX 29 on his porch, says he cleaned out the house and put the trash on the street where he expected to toss it into a dumpster.

"I’m a contractor, I use dumpsters on every job," DiGuiseppe said.  FOX 29's Jeff Cole asked, "But not this time?" DiGuiseppe replied, "I ordered a dumpster I couldn’t get it in, but I didn’t need to order one. I figured it was just easier to get rid of it."

He also claims he planned to have a private trash hauler take it away, but the borough trash truck got to it first. Riccio and Devine allege DiGuiseppe should have paid for a dumpster and had it in place like all other residents.

"I think he needs to reimburse the borough taxpayers for the cost of the picking that up. Anybody else would have gotten a $1,000 fine," Riccio said.

"The town didn’t spend any extra money to pick up my trash," Diguiseppe said.

DiGuiseppe says his trash was handled like any other residents and he won’t pay back taxpayers. He says this is a political fight.