WEST WHITELAND TOWNSHIP, Pa. - A man from New Jersey no longer has his car, after, he says, two guys pushed him out of it and stole it.

Police say the men who carjacked him were on their radar before the incident.

“Starbucks in the drive-thru, you don’t think somebody’s going to carjack you in line,” stated Chris Burton.

“Two guys came up to my passenger side. My windows were down. Opened my door, forced their way into my car with a couple of hammers, pushed me out of the car,” Burton explained. “They were threatening me with the hammers. They’re, like, three pound hammers, you know, like you break up tile with.”

Burton had no idea while he was waiting in the Starbucks drive-thru for a midday cup of Joe that police say the two men were dashing across the Exton Mall parking lot at Boscov’s, with mall employees on their heels.

West Whiteland Township Police recovered a Range Rover, they say, the pair drove to the mall. Tracing evidence from that, local authorities believe they are the same men involved in a string of recent retail thefts around the area and in other states, in broad daylight. The pair appear to be more brazen. The attack on Burton is a first. 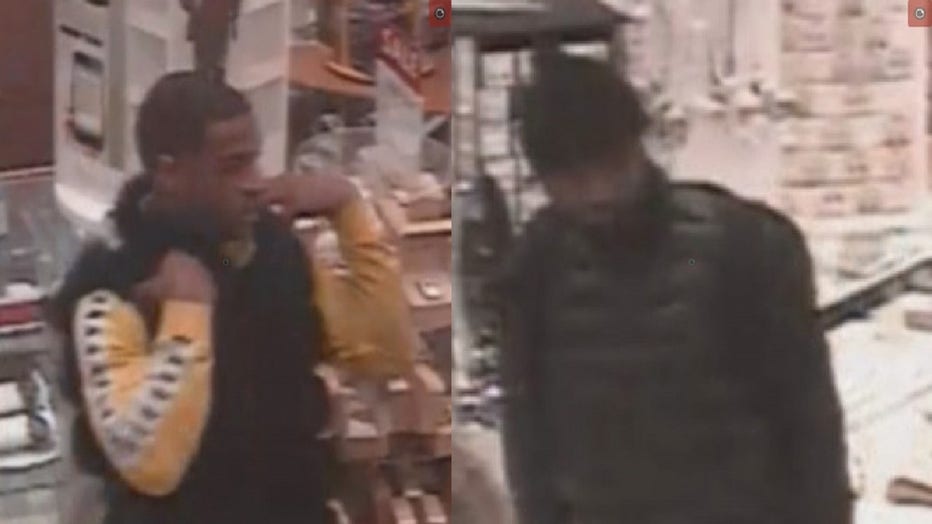 “It was a scary situation. Just took me completely blindsided. I wasn’t even paying attention until they were in my car, you know?” Burton said.

They sped off in Burton’s 2010 charcoal gray Subaru Forester. Police pursued, but they got away. Burton is now struggling to manage two stores – one in New Jersey and one in Exton, with no car.

“Oh no, I would love to identify them,” Burton replied.