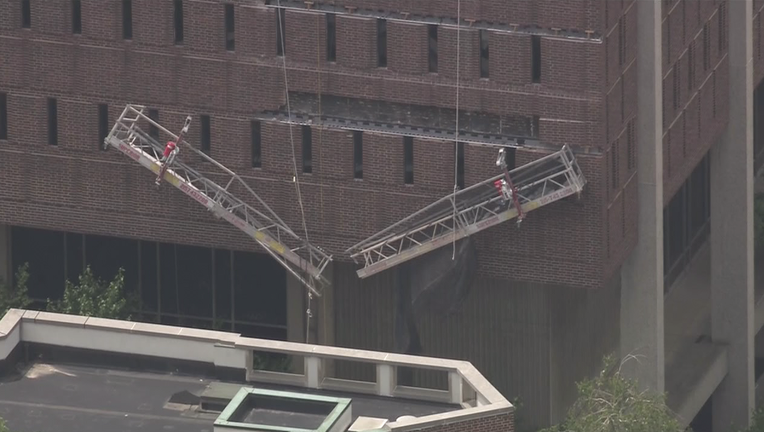 The incident occurred just before 1 p.m. at the Van Pelt Building.

Police say two men were working on the building when scaffolding collapsed. The workers' harnesses kept both men from falling.

Authorities say the men refused medical treatment on the scene, suffering only minor cuts and bruises.

The scene has since been secured. The cause of the collapse remains unclear at this time.