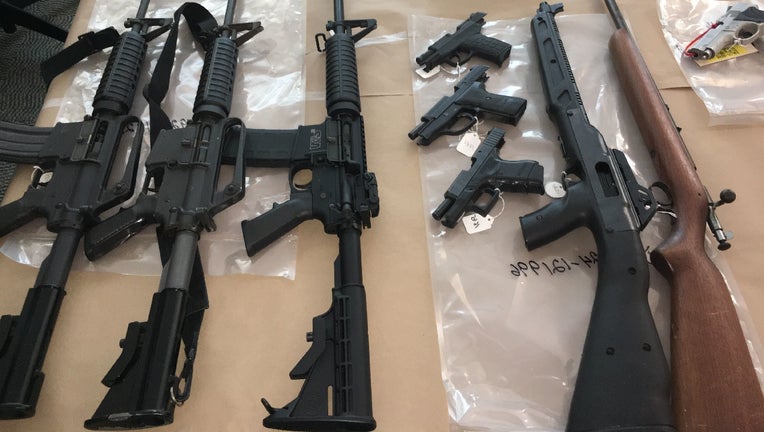 Police have arrested more than 200 people and seized approximately $600,000 worth of narcotics as a result of a massive drug bust in Kensington.

PHILADELPHIA - Philadelphia police have announced the arrests of more than 200 people, as well as the seizure of high-powered assault weapons, as a result of a massive drug bust.

Local authorities, in collaboration with the FBI and DEA, began their investigation following neighborhood complaints in the Fairhill and Kensington sections of the city.

Approximately $600,000 worth of narcotics — including heroin, cocaine, crack cocaine and marijuana — were seized as a result of the raid, which occurred between Tuesday, Dec. 17, and Friday, Dec. 20.

Fredericksdorf said the operation at about 40 homes and strees corners focused on dealers as opposed to users. He said the weapons will be tested to see if they have been involved in shootings.

Those arrested were charged with narcotics and weapons offenses.