FOX 29's Jeff Cole has the latest after three teens were killed after their car plunged into a Delaware canal. A 6-year-old remains missing.

MIDDLETOWN, Del. - A car with five occupants plunged into a Delaware canal on Sunday and the driver helped a teenage girl to safety before dying in a bid to rescue three other passengers, two of whom were found dead after the car was hoisted from the water, authorities said.

Delaware State Police said they initially found the body of the 18-year-old male driver in the water after he had helped a 16-year-old girl make it safely to shore. A police statement said two more passengers, boys ages 12 and 16, were pronounced dead hours later after the car they were riding in was recovered Sunday afternoon. The final passenger, a 6-year-old boy, wasn't found and remains unaccounted for as of Monday afternoon.

Authorities said they are investigating how the car ended up in the Chesapeake and Delaware Canal around 9:40 a.m. Sunday. A state police spokesman, Master Cpl. Michael Austin, praised the teen driver at a news conference, saying he had sought to rescue the others.

"He was a hero," Austin said Sunday afternoon. "He tried to do everything he could to help the remaining passengers in that vehicle." 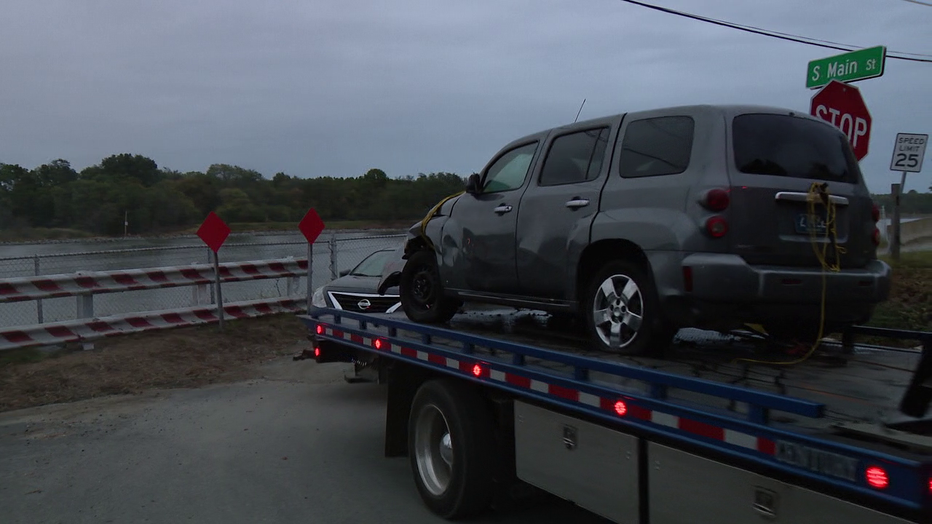 SUV pulled from C and D Canal, just beneath the Route 1 Roth Bridge in Middletown, Delaware.

The driver worked to free the girl, who first responders later found sitting on the banks of the canal after a bystander had called 911, the Delaware News Journal first reported. Crews from multiple law enforcement agencies then worked for hours to remove the car from the canal, pulling it out after 5 p.m. in what was described as a multi-agency recovery operation.

Austin said the male driver and the boys were related and that the girl was an acquaintance. All were Delaware residents but none were immediately identified pending notification of relatives.

A relative told FOX 29 Sunday the boys had gotten lost and were trying to turn around on the narrow dirt canal road when the vehicle went into the water.

The canal is about 35 feet (more than 10 meters) deep, according to the U.S. Army Corps of Engineers. 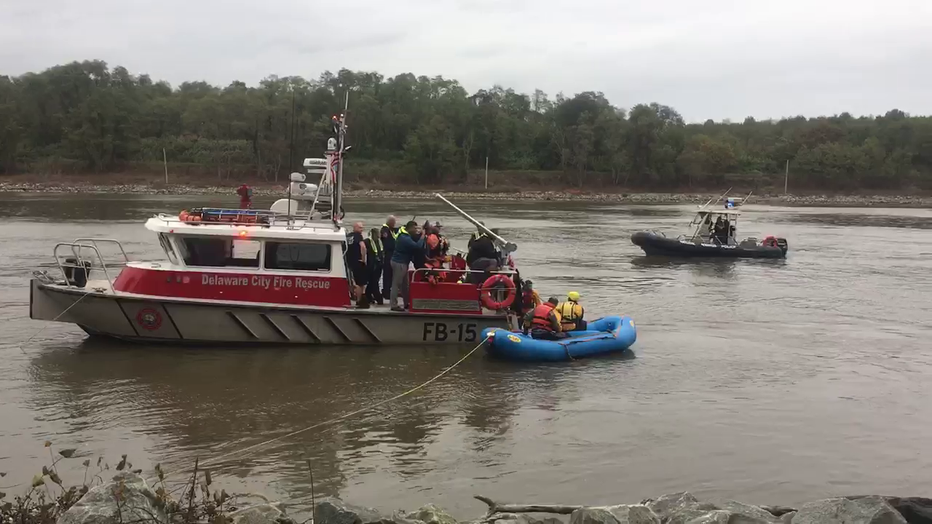 Crews search for a car in the C&D Canal in Middletown, Delaware.

State police said the situation unfolded about a mile (.6 kilometers) west of a State Route 1 bridge in Delaware.

The driver's body was found in the waters a short time after emergency responders were called and the bodies of the two boys were discovered in the vehicle when it was pulled out of the waters hours late.