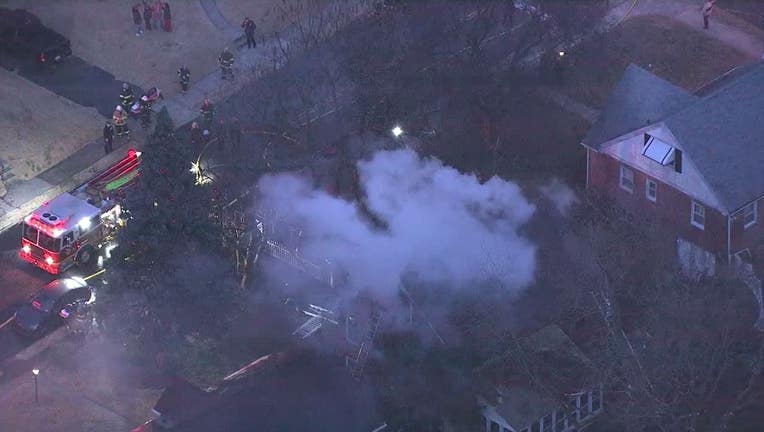 NORTHEAST PHILADELPHIA - Four people have been injured, two of them critically, following a house fire in Northeast Philadelphia.

The flames broke out at a two-story home on the 7300 block of Ryers Avenue around 5:30 a.m. Tuesday.

An 82-year-old woman and 21-year-old man were airlifted to Jefferson-Torresdale Hospital in critical condition. A 26-year-old man and 16-year-old girl were hospitalized in stable condition.

Paramedic loses daughter in fire at his home

Man accused of attempting to set fire at Kensington church

The fire broke out on the first floor of the home. The cause of the fire remains under investigation.