PHILADELPHIA - Four men storm inside a home in what police are calling a violent home invasion, and investigators say one of the men was armed with a gun.

Residents in that Southwest Philadelphia neighborhood told our reporter, JoAnn Pileggi, that they're worried the same thing could happened to them. 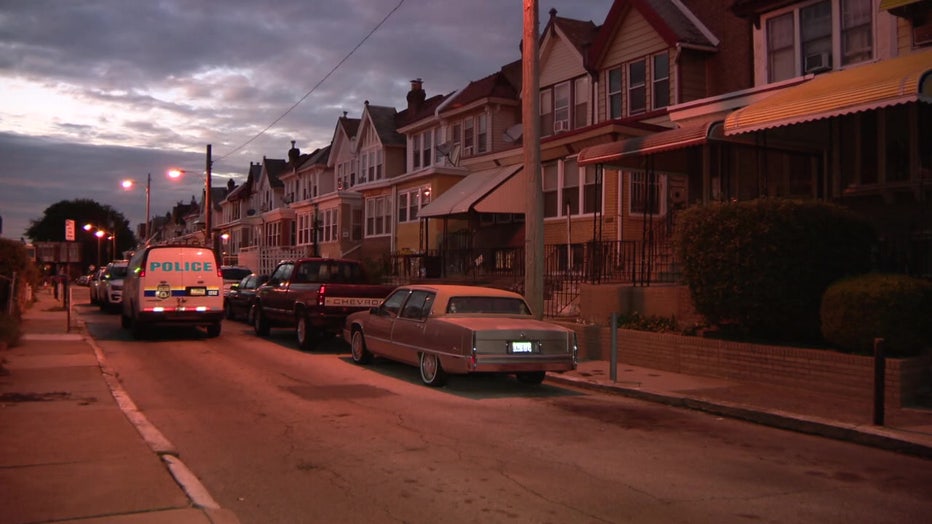 This investigation is wide open. Police are trying to find a group of men who stormed a rental property  early Saturday night in what was described as an attempted armed robbery.

"It's so many shootings all the time," said Southwest Philly resident Jose Lopez.

And this incident makes Lopez even more skittish about raising his children in the neighborhood.

"My kids are 10, 9 and 8, and sometimes they ride their bikes here, and we've got to be careful with this. Because it's getting worse and worse these past couple of months."

Police on the scene in the 2000 block of South Redfield Street, where they say four people, armed with at least one weapon, attempted to rob the tenants in the row home.

It's not clear whether they got away with any personal property, but at least one shot was fired.

Cops say the suspects then took off on foot.

"It was like two shootings right on Kingsessing Avenue, and now there was this one. And one time there was a guy shooting a car right there," Lopez said.

While some in the neighborhood feel the crime is bad enough to consider moving, longtime resident Leonard Mills says he has seen some improvement with more owners than renters.

He says neighbors need to look out for one another and call police on all suspicious activity, adding that more police presence will mean less crime, like this attempted armed robbery.

"Blessedly, nobody got hurt, you know, and things are gonna get better, and I'm sure the cops are going to do their part and investigate. But we have to be the eyes and ears for our neighbors."

Another neighbor said he heard the gunshot and took cover until police arrived.

Again, no one was injured. Police are looking for the suspects and a motive.