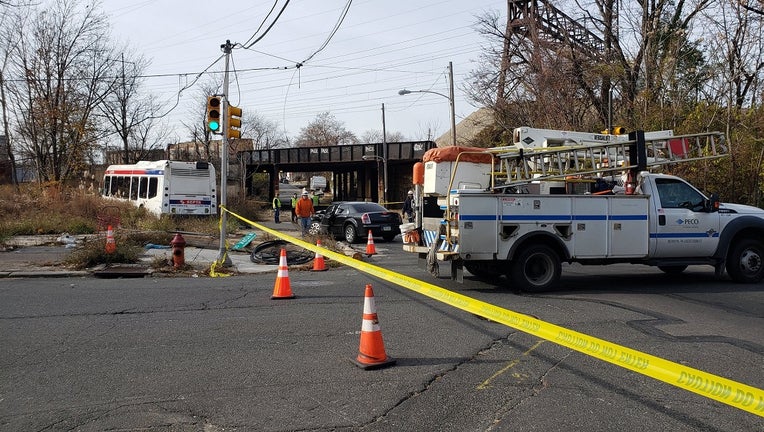 NORTH PHILADELPHIA - Officials say an accident involving a SEPTA bus sent five people to the hospital after the bus collided with another vehicle an hit a utility pole in North Philadelphia.

According to SEPTA, the accident happened near North 22nd Street and West York Street around 11 a.m. The bus was reportedly traveling westbound when the accident involving another motorist occurred.

The bus veered off the road into a grassy area where it struck a utility pole and knocked down wires, causing a power outage in the area.

SEPTA officials say the driver of the bus and three passengers were taken to the Temple Hospital and are expected to recover.

The driver of the vehicle was reportedly taken to Temple Hospital. Her condition is unknown.