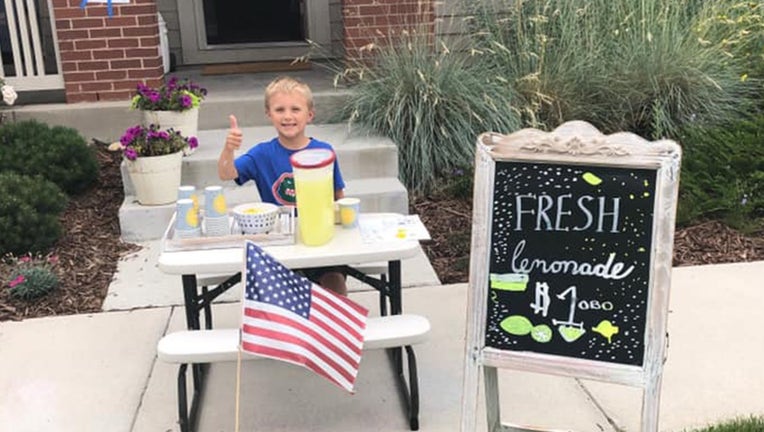 DENVER - A 6-year-old boy in Denver who recently lost his father to cancer is melting hearts across the internet for his sweet gesture to his grieving mother.

Brady Campbell started a lemonade stand to fulfill a dying wish from his father, who lost his battle with colon cancer on July 7. He was 37 years old.

"My dad and I came up with the idea of a lemonade stand to take my mom on a date because I didn't have enough money and I wanted to pay, so I did it," Brady said, according to FOX 31 Denver.

He set up a sign outside of his home that read "$1 or best off." Friends and neighbors came out to support him and help him reach his goal.

A Denver police officer took notice of the stand and learned that Brady's father had recently died. That's when the officer called in reinforcements. 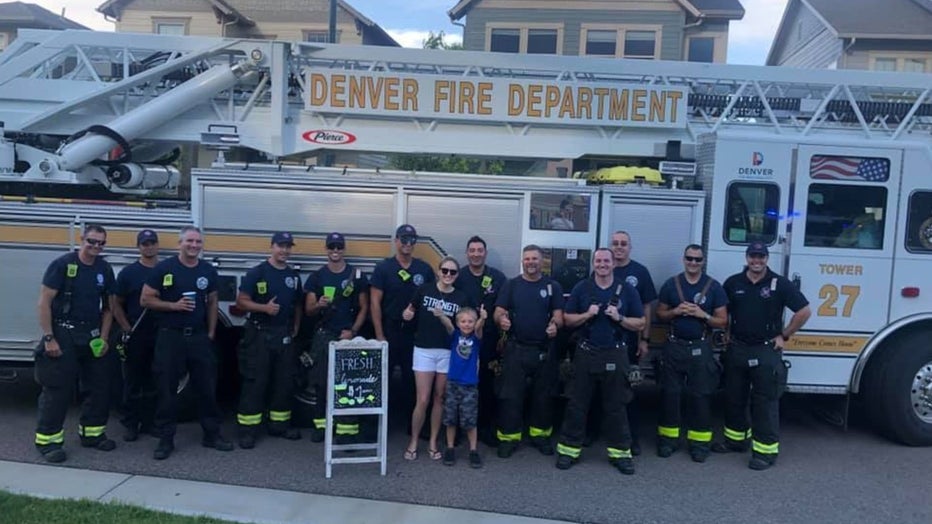 A line of first responders showed up to help Brady out. They even let him spray the fire hose! On his first day in business, Brady raised over $200.

"My heart is bursting," his mother wrote on Facebook. "I cannot even express the love felt when our community wrapped us in their arms."

A virtual GoFundMe lemonade stand was also started, which brought in more than $13,000 toward the mother-son dates and cancer research.

Amanda Campbell tells FOX 35 that she and Brady haven't been on their date yet, "but he is scheming with a friend to plan it."