80-year-old woman shot in head at home in Philadelphia, grandson among 2 questioned: police

A Philadelphia grandmother was shot in the head while she was sitting in her wheelchair Tuesday afternoon, according to police. Investigators said the victim's grandson and at least one friend were handling a gun upstairs when it went off. The 18-year-old were held for questioning and police are searching for another suspect.

PHILADELPHIA - Authorities say an 80-year-old woman was shot in the head at a home in Philadelphia, and her grandson and a friend are being detained.

Officers from the Philadelphia Police Department were called to the 2300 block of 77th Avenue Tuesday just after 4 p.m. for reports of a shooting.

Captain John Walker told reporters that the woman's grandson and a friend, both 18-years-old, were handling the gun when it fired. 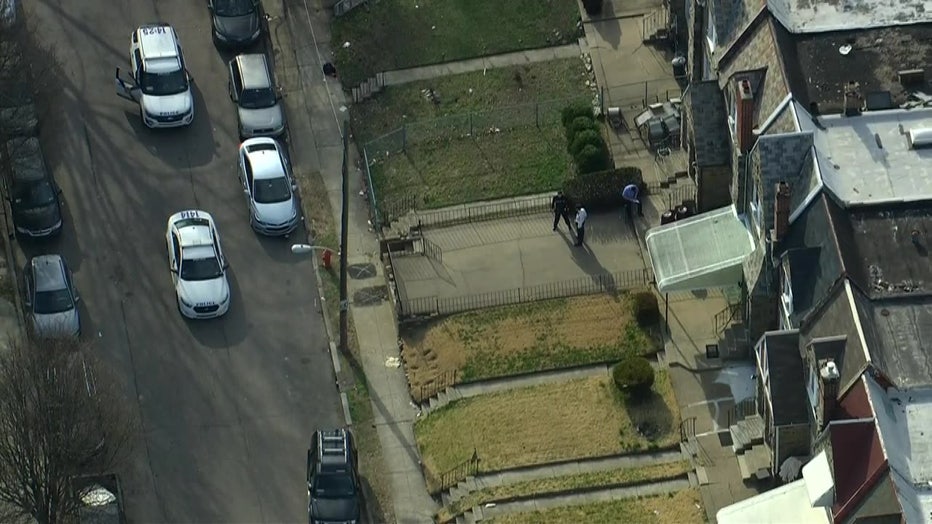 Authorities say an 80-year-old woman was hit in the head by gunfire at a home in Philadelphia on Tuesday afternoon.

Investigators believe the bullet may have gone through the floor and struck the grandmother in the head while she was sitting in her wheelchair, according to police. The woman's two daughters were home at the time of the shooting and rendered aid until medics arrived.

"We're not sure which one of the three discharged the gun at this point," Walker said.

She was taken to Albert Einstein Medical Center by medics and was later placed in stable condition.

The two 18-year-olds were held for questioning. Walker said police are searching for another friend who may have been at the home during the shooting.

Police recovered the handgun that was believed to have been used in the shooting. Walker said investigators will determine who it belongs to and who had it when the gun fired.