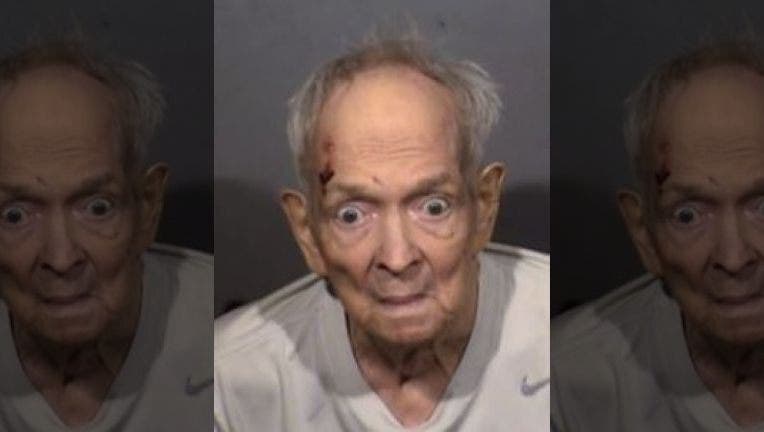 LAS VEGAS - A maintenance worker was wounded after he was shot by an elderly tenant who reported a water issue, Las Vegas Metro police reported.

A man was injured after he was shot by a 93-year-old tenant in Las Vegas.

Police say 93-year-old Robert Thomas went to the management office on Jan. 2 around 9:10 a.m. to complain about a water issue and began making threats. At some point, the tenant produced a 9mm semi-automatic handgun.

Arriving officers discovered Thomas standing over an injured male as they approached the management office.

Officers gave Thomas orders to drop the weapon and fired one round of shots through a glass door, authorities said.

Thomas complied and placed the handgun on a desk in the management office. He suffered a small cut to his head while he was handcuffed and was taken into custody, police said.

He was treated and released at a local hospital. Thomas faces multiple charges including attempted murder with a deadly weapon, burglary with a firearm and carrying a concealed weapon without a permit.

The victim, who has not been identified, was taken to UMC Trauma Center with non-life threatening injuries, LVMPD said.