NEW YORK - A new accuser of Jeffrey Epstein said Wednesday that the wealthy financier raped her at his New York home when she was 15.

Jennifer Araoz said in an interview on NBC's "Today" show that she hasn't spoken to authorities about her allegations because she feared retribution.

"What hurts me even more so is that if I wasn't afraid to come forward sooner, then maybe he wouldn't have done it to other girls," Araoz said. "I feel really guilty to this day."

The new allegation comes two days after federal prosecutors in New York charged Epstein with abusing dozens of underage girls at his mansions in New York and Palm Beach, Florida, in the early 2000s. 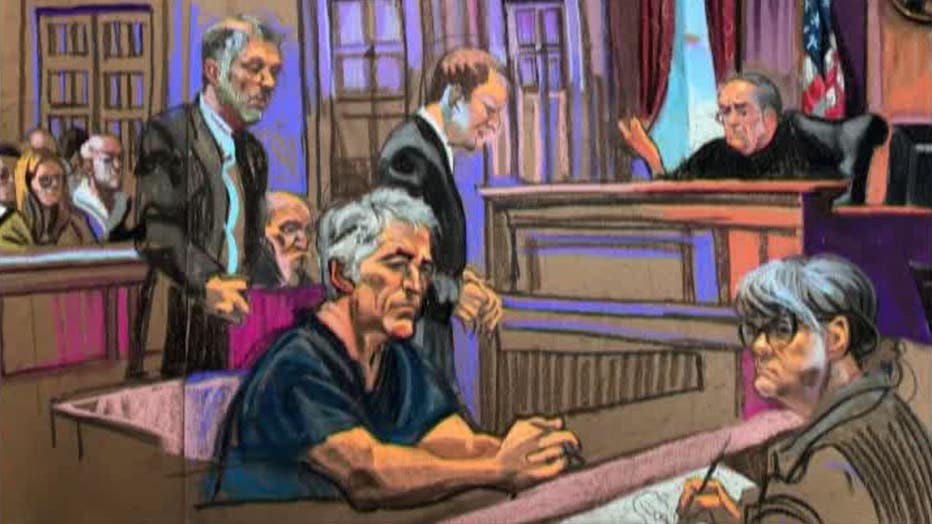 Epstein, a 66-year-old Wall Street master of high finance with friends in very high places, pleaded not guilty Monday to sex-trafficking and conspiracy charges- an indictment that could land him behind bars for up to 45 years.

His lawyers said in court that the allegations in the indictment couldn't amount to statutory rape because there was no penetration.

Epstein has not been charged with assaulting Araoz. But the woman's account contradicts his defense attorneys' contention that Epstein never used violence or coerced anyone who gave him massages.

Araoz said her first contact with Epstein came in 2001 when she was a 14-year-old high school freshman. She said she was approached by a female recruiter who told her that Epstein "was just a great guy" and would help her with her career.

When she met with Epstein, she said he was "very nice" and told her he'd heard a lot about her. She said she was served wine and invited back. After a few weeks of visits, each ending with a $300 payment, she said she was escorted to "the massage room," where she would give him a massage that would often lead to sex acts.

She said Epstein had a painting of a naked woman and "used to always say that I looked like her," as well as prosthetic breasts he would play with while bathing.

The visits continued once or twice a week until she turned 15, when she said Epstein told her to remove her underwear and climb on top of him.

She said she told him she didn't want to but that he forcibly had sex with her anyway.

"I don't want to say I was screaming, or anything of that nature. But I was terrified. And I was telling him to stop," she said in the "Today" interview.

"He had no intentions of stopping," she said. "He knew exactly what he was doing."

Araoz said she was "terrified" after the assault and never returned to Epstein's home. She even left the performing arts high school she was attending because it was so close to his mansion.

Epstein's staff continued reaching out to her for about a year, Araoz said, but she didn't respond.

Court documents unsealed Monday show wealthy financier Jeffrey Epstein is charged with creating and maintaining a network that allowed him to sexually exploit and abuse dozens of underage girls.

Prosecutors said a search of Epstein's Upper East Side mansion yielded a vast trove of hundreds or even thousands of lewd photos of young women or girls.

The defense team says the federal charges should be dismissed in light of a once-secret agreement that allowed Epstein to avoid a potentially lengthy prison sentence- a case involving nearly identical allegations of Epstein sexually abusing underage girls.

Epstein pleaded guilty to lesser state charges over a decade ago and spent 13 months in jail.

"This is ancient stuff," defense attorney Reid Weingarten said during a court appearance Monday in Manhattan.

Federal prosecutors say the Florida deal does not apply to the Southern District of New York. They said the charges unsealed this week overlap with the earlier case but include new allegations and victims from New York.

Some members of Congress and Democratic presidential candidates are calling on Acosta to resign.

Trump says he feels "very badly" for Acosta because he's been a "very good" secretary.

The president - who once praised Epstein as "a terrific guy" - has since distanced himself from the hedge fund manager, saying the two had a falling-out 15 or so years ago.