The Afghan government is demanding that the United States clarify casual statements made by President Donald Trump Monday.

KABUL, Afghanistan - The Afghan government is demanding that the United States clarify President Donald Trump's casual statement that a military option could wipe out Afghanistan if a peaceful resolution to the country's 18-year war is not reached.

Trump made the remarks Monday while meeting with Pakistani Prime Minister Imran Khan, whose help he seeks in negotiating a peace deal with the Taliban in neighboring Afghanistan. Such a peace deal would also see U.S. forces withdraw from the area.

"I could win that war in a week. I just don't want to kill 10 million people," Trump told reporters in the Oval Office. "If I wanted to win that war, Afghanistan would be wiped off the face of the Earth. It would be gone. It would be over, literally, in 10 days." 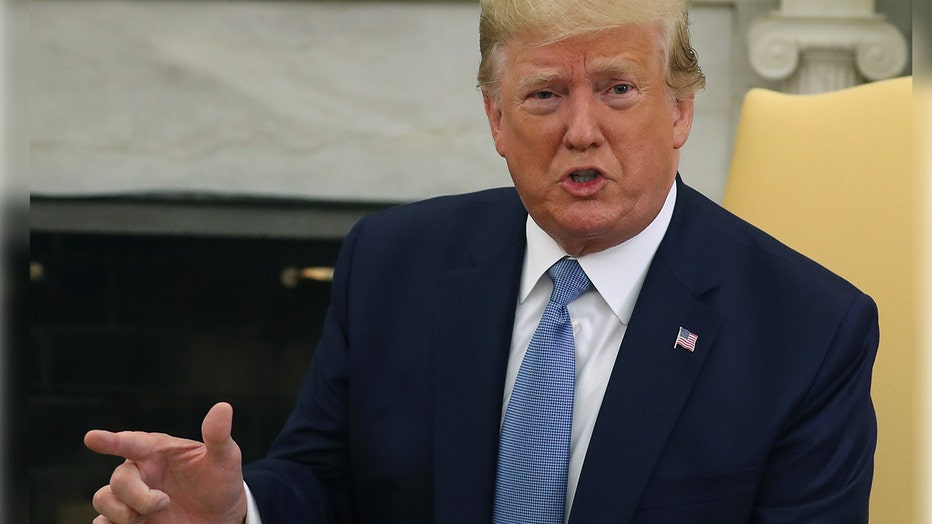 President Donald Trump speaks at a meeting with the Prime Minister of Pakistan, Imran Khan, in the Oval Office on July 22, 2019, during which Trump said Afghanistan could be "wiped off the face of the Earth." (Mark Wilson / Getty Images)

The casual comments from Trump have not set well with Afghans, who have fought the Taliban alongside U.S. and NATO partners for years.

"The Afghan nation has not and will never allow any foreign power to determine its fate," Sediq Sediqqi, spokesman for President of Afghanistan Ashraf Ghani, said in a statement in response to Trump's comments, according to CNN. "Given the multifaceted relationship between Afghanistan and the United States, the Government of the Islamic Republic of Afghanistan calls for clarification on the US President's statements."

The war began when the U.S. went after al-Qaeda leader Osama bin Laden and his Taliban supporters in Afghanistan following the Sept. 11, 2001, attacks. After nearly 18 years, it is America's longest war, and more than 2,400 American service members have lost their lives during the conflict.

Due to their cooperation and support in the U.S. war efforts, Afghanistan's police and military personnel come under near-daily attacks and have suffered staggering casualties in recent months, most often at the hands of Taliban insurgents, who say the war will continue as long as U.S. and NATO forces are still in Afghanistan.