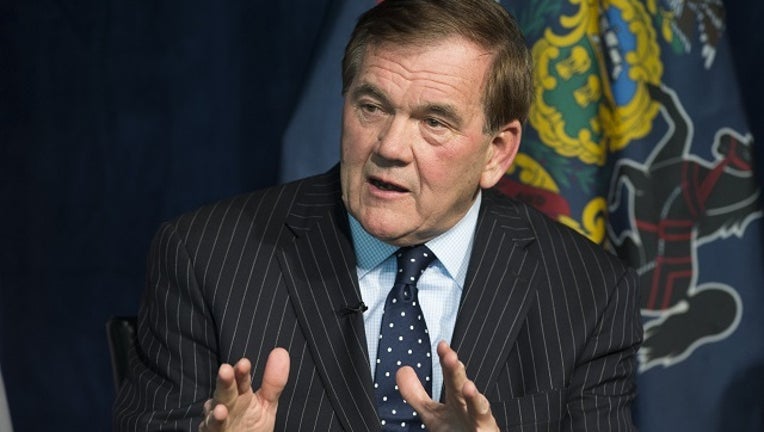 Ridge was taken by ambulance from the home in Bethesda, Maryland, to a hospital for treatment, Ridge spokesman Steve Aaron said. Ridge was conscious upon arrival at the hospital and underwent a procedure that removed a blood clot, Aaron said.

He described Ridge as being in critical but stable condition.

Ridge, 75, was Pennsylvania's Republican governor from 1995 to 2001, when he joined the administration of President George W. Bush in the aftermath of 9/11 to become the country's first homeland security secretary.

At the Department of Homeland Security, Ridge headed a sprawling department that was composed of 22 agencies and some 180,000 employees.

His efforts there included establishing a system of color-coded terror alerts, and his advocacy for "disaster kits" in 2003 triggered a run on duct tape and plastic sheeting.

More recently he has led Ridge Global, a firm that consults on cyber security, international security and risk management.

Ridge suffered a heart attack at an Austin, Texas, in November 2017. He had been in Texas to attend a Republican Governors Association conference when he summoned medical help to his hotel.

Ridge is a U.S. Army veteran of the Vietnam War. He was a county prosecutor and six-term congressman from Erie before being elected Pennsylvania governor in 1994.