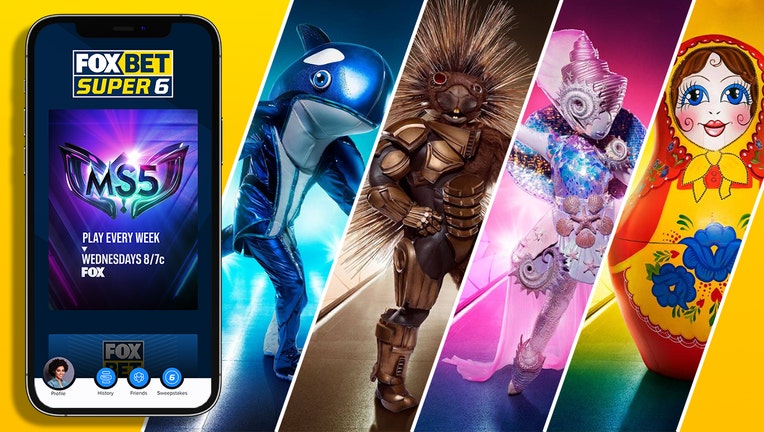 LOS ANGELES - Last week’s reveal of the Bulldog on "The Masked Singer" shocked the judges and won one lucky fan a big pile of cash.

Each week, viewers are given the chance to predict six questions related to each week’s episode on the FOX Super 6 app — and in return, fans can win up to $10,000.

Last week, more than 236,000 entries were cast leaving Dion from Mississippi one lucky viewer thanks to the Bulldog’s elimination. But that’s what happens when you watch America’s favorite singing competition series and download the FOX Super 6 app.

Getting all six answers correct increases a participant’s chance of winning, but the prize drawing is random. Even one correct guess could snag "The Masked Singer" fans big bucks.

The Bulldog reveal on The Masked Singer

The Bulldog, the third wild card competitor of the season, was all bark but no bite and it didn’t take long for judges to snuff out Nick Cannon, who has hosted the show since its first season.

Only 20% of participants were able to correctly guess that the Bulldog would be the contestant to be sent home.

This week’s questions are:

Considering how shocking the previous reveals have been, there’s no telling who could be under the masks.

Last week, the Bulldog — the third wild card competitor of the season — turned out to be Nick Cannon, who has hosted the show since its first season. Cannon has been out since testing positive for COVID-19 prior to the show’s season premiere.

RELATED: ‘The Masked Singer’ delivers a ‘pawsome’ reveal and another 10K in FOX Bet Super 6 contest

Comedian Niecy Nash has been taking the reins in the meantime, but during Wednesday’s wild card episode, Nash picked the Bulldog to be unmasked. It was announced that Cannon will take over the rest of the season.

Stephanie Weaver contributed to this story. This station is owned by the FOX Corporation.