FOX 29's Bruce Gordon has more on the search for a man suspected of spray painting graffiti in Allentown, Pa.

ALLENTOWN, Pa. - Police are searching for a suspected graffiti vandal in Allentown. Residents say it's a sign of a neighborhood in decline.

Bonnie Schneck has run a florist shop in Allentown’s West End Theatre District for years and she doesn’t like what’s become of her block on North 18th street.

“Well, I would say things are a lot worse in this neighborhood than they used to be," Schneck told FOX 29. 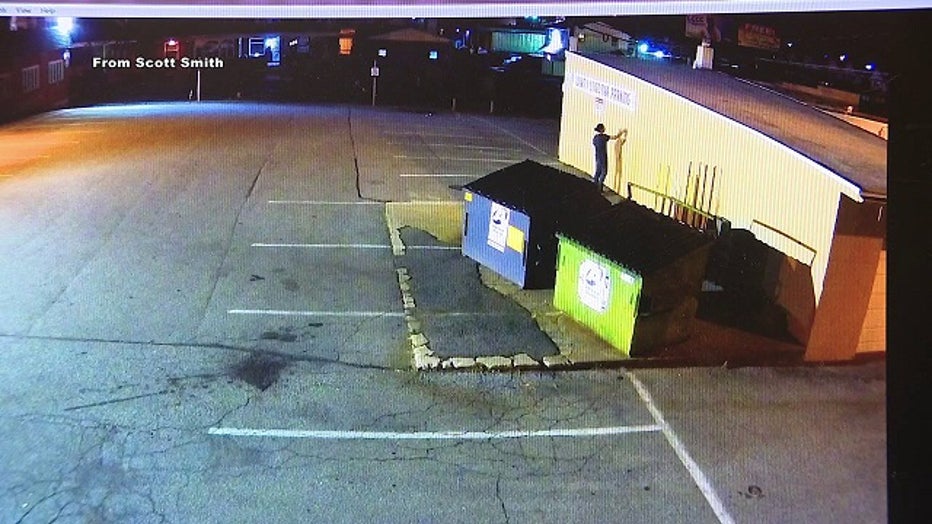 Security camera footage shows a young man in blue jeans and a blue T-shirt with dark hair with a bun, casing the parking lot outside Wert‘s Café off N. 18th around 4 a.m. Saturday.

In the video, he chooses his concrete canvas and starts spray painting in bright red letters.
It does not appear to be obscene, racist or anti-semitic, just garden-variety vandalism. Scott Smith’s camera caught him in the act.

“He looked around and he didn’t have any idea he was on video at all. He looked up and sideways and saw nothing and he proceeded and did the painting," Scott Smith with TDS Technologies said.

Smith has cameras all over the commercial stretch.

“About three years ago they broke into my vans and were loading up over there so that’s the reason I installed the cameras everywhere," he explained.

It’s not known whether there was a camera to catch what appeared to be identical graffiti in an alleyway just a few blocks away. It appears the artist signed that piece of work.