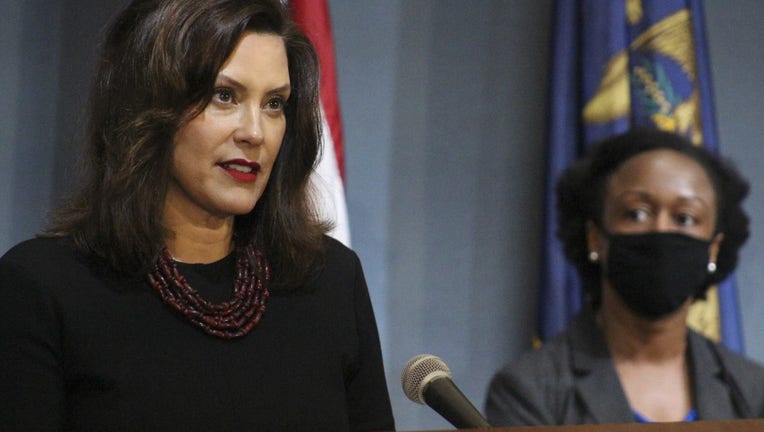 Whitmer visited Biden last Sunday, according to two high-ranking Michigan Democrats who spoke on the condition of anonymity because they were not authorized to discuss the matter publicly. The first-term governor of the battleground state has long been on his short list of possible running mates.

The governor’s office declined to confirm or deny the trip.

"I haven't put my name in consideration. I'm not going to take my name out of consideration," she told Lansing insider and FOX 2 contributor Tim Skubick on June 12th's Off The Record Overtime segment on PBS WKAR

Whitmer is facing a whopping two year, $6 billion deficit and, by her own admission "we're not out of the woods" with the pandemic, so could she in good conscience leave the state to campaign for a national office, Skubick asked.

"We've got a lot of work to do and that's why I'm having a hard time even having those conversations because I've got to stay right here focused on Michigan."

On May 13th, DNC Chair Tom Perez spoke to FOX 2 about the presidential race and raved about Whitmer's value to the Democratic Party.

"Let me be very clear, Gretchen Whitmer is a star in the Democratic Party. Her leadership and handling this pandemic has been spectacular and she is looking out for every day Michiganders," Perez said. "I am so impressed with her leadership it was an honor to help her work toward that election. She is everything we expected and then some."

Back on March 31st Biden mentioned Whitmer first among a field of candidates he was considering during an interview with Brian Williams on his MSNBC show "The 11th Hour."

"She hasn't lengthened the list, she made the list in my mind two months ago," replied Biden in the interview.

RELATED: "She made the list two months ago," Joe Biden considering Michigan Governor for VP

Following the Democratic debate in Detroit, Whitmer's name was floated as a possible candidate for vice president - a possibility she flatly denied back in September, 2019.

Michigan is considered a swing state thought by many to be key to winning the presidential nomination in November. After voting red in the 2016 election, Democratic candidates have campaigned hard flip the state blue.

--The Associated Press contributed to this report