Arkansas mom buys all of Payless store’s 1,500 shoes to give them away

Carrie Jernigan, a lawyer who lives in Alma, Arkansas, was shopping at Payless store with her 9-year-old daughter when the idea first struck her.

ALMA, Ark. - An Arkansas mother bought about 1,500 remaining shoes at a Payless store that was closing, and is planning to donate them to those in need in her community.

Carrie Jernigan, a lawyer who lives in Alma, Arkansas, was shopping with her 9-year-old daughter Harper in May, when the idea first struck her.

“I went to buy these kids some shoes and we noticed Payless was going out of business. While I was checking out Harper found some Avenger shoes she thought a kid in her class would like and asked me if I could figure out what size he wore,” the mother wrote in a Facebook post in July. “She has the biggest heart and even came home without a yearbook this year because someone in her class did not have one.” 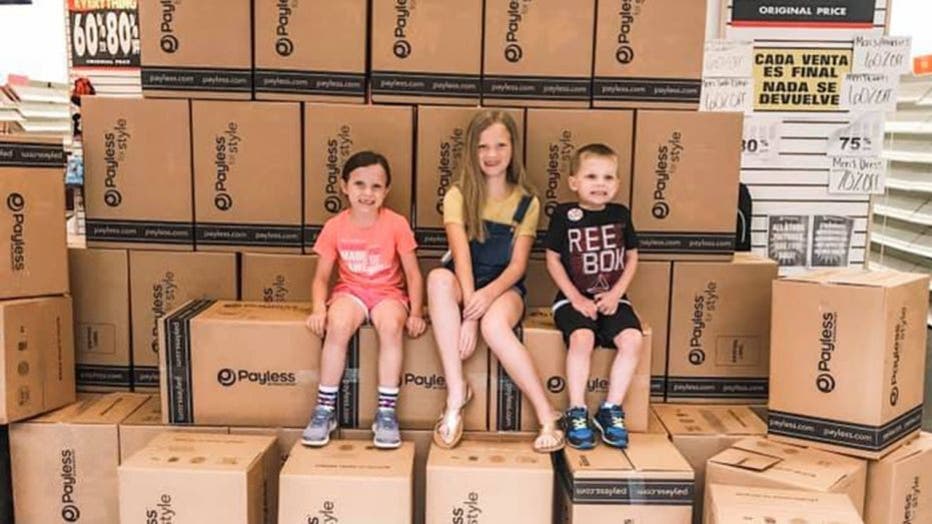 An Arkansas mother bought all of the shoes from a closing Payless ShoeSource store to give to children in need before the school year begins. (Carrie Jernigan)

Then, Jernigan said she jokingly said to the clerk, “How much would it cost to buy the rest of the shoes in here?”

“Next thing I know a regional manager is on the phone asking me if I seriously want the whole store. I was thinking, ‘what have I done...’” she wrote. “We ended up making a deal for the shoes left which was approximately 400 pairs of shoes.” 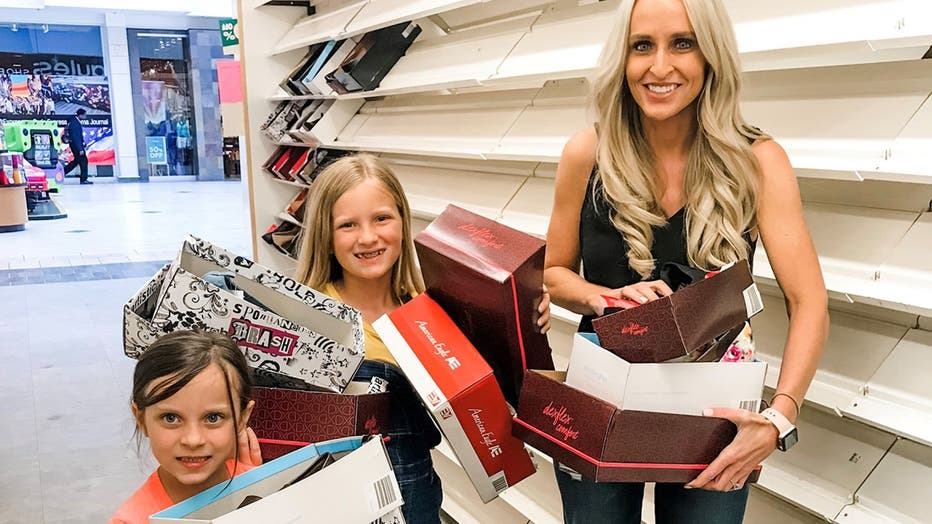 Jernigan said as she was checking out, "I jokingly said to the clerk, 'How much would it cost to buy the rest of the shoes in here?' Next thing I know a regional manager is on the phone asking me if I seriously want the whole store," she wrote on her (Carrie Jernigan)

But the next day, when the mother showed up to box up all the shoes, the store clerks learned that a new delivery had come in with hundreds more shoes, she said.

“Harper and Campbell immediately say we can’t leave those shoes too,” Jernigan wrote. “I said, we will open a few boxes, if it’s kids shoes we will try and get it. We begin to open the boxes in the back of the store and in the loading dock - box after box are kid shoes. Champions, JoJos and every different type of princess and light up shoes you can think of.” 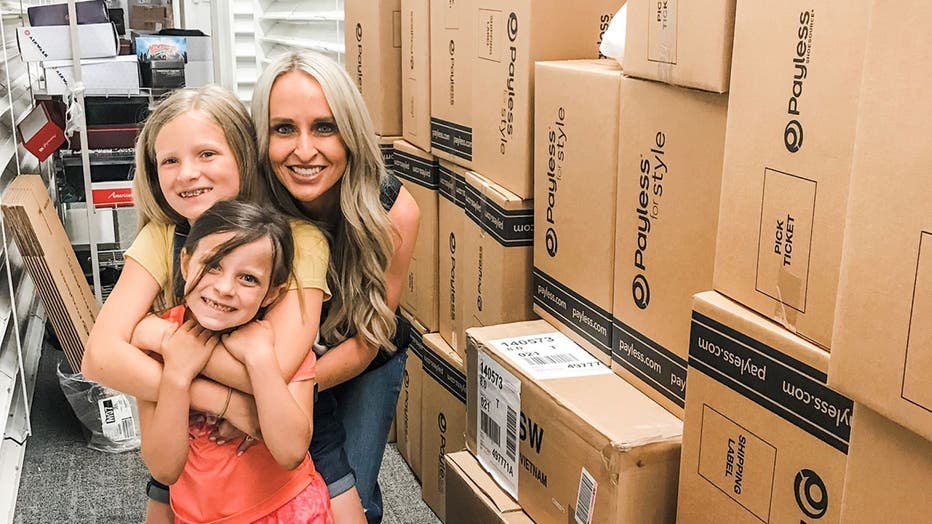 Carrie Jernigan, a mother of three, told Fox News she bought nearly 1,500 pairs of shoes to give to children in need before the school year begins. (Carrie Jernigan)

“12 hours, 95 big boxes, a huge trailer and approximately 1,500 pairs of shoes later these 3 excited kids got to buy out the store,” she said.

Jernigan and her family plan to give away the shoes before school starts in the fall. 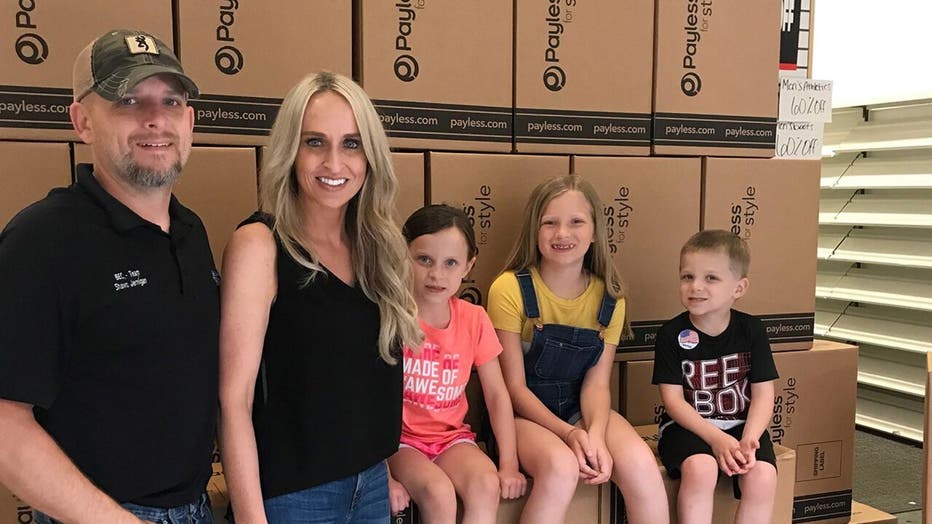 Jernigan said because of generous donations that totaled more than $1000, she was able to buy another 250 pairs of shoes and socks to give away at a back-to-school event next month. (Carrie Jernigan)

The family has now planned a school supplies donation giveaway, including the shoes, at the Alma Middle School gym on August 10. She said she’s been “blown away” by the response from the community, and that it has been “amazing.”  “All because this little community decided to start sharing a happy news story,” Jernigan said.

In February, Payless ShoeSource announced that the company planned to close all of its approximately 2,300 stores when it file for bankruptcy. This will be the second time the discount footwear retailer is filing for bankruptcy.