FOX 29's Jeff Cole has the latest on the investigation.

The incident occurred in the area of 36th and Market Streets around 10 a.m. Thursday morning.

Police say two suspects in black clothing robbed the truck after it pulled up to a PNC to fill the ATM.

The guard fired his weapon at the two suspects as they fled the scene. One of the suspects fled east on Market Street and the other fled north on 36th Street in a maroon Chevy TrailBlazer, which police located early in the afternoon on the 3600 block of Pearl Street.

"As he dropped the bag in order to turn it over to them, his partner did turn and discharge his firearm in their direction," Philadelphia Police Chief Inspector Frank Vanore said.

Police say an assault weapon and 40-50 rounds were also recovered.

"We’re very, very lucky we have nobody injured. Nobody reporting any injuries," Chief Inspector Vanore said. 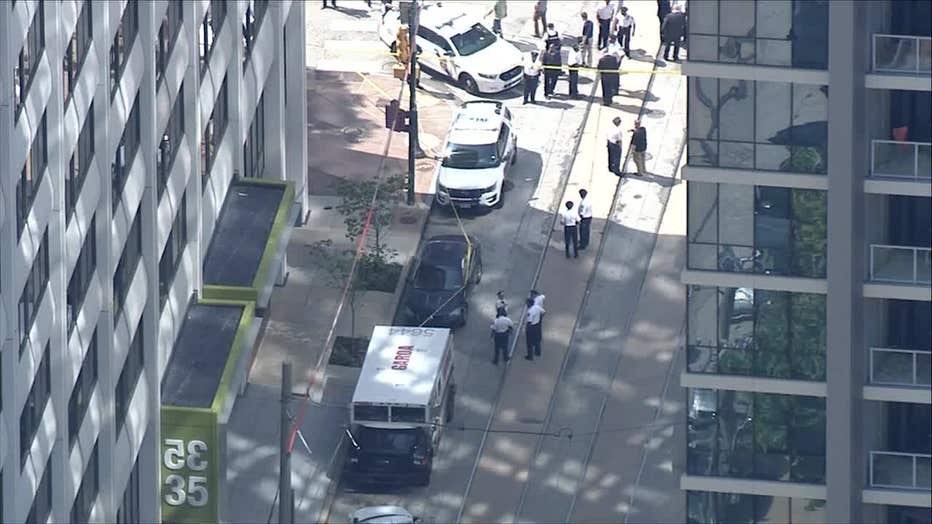