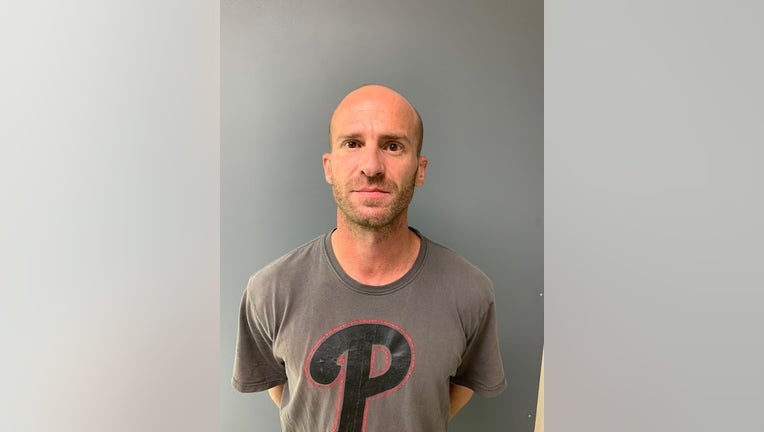 POTTSTOWN, Pa. - Officials have announced the arrest of a man in connection to the homicide of a man who was sitting in his vehicle outside his home.

Pottstown Police on Sunday at approximately 9:35 p.m. responded to a report of a shooting on the 500 block of North Evans Street.

When police arrived, they found the victim, Darrius Waller, 36, suffering from multiple gunshot wounds while sitting in the driver's side of his red Jeep. Waller was taken to a local hospital where he was pronounced dead. When the scene was processed, officials recovered eight 9mm cartridge casings outside the Jeep.

An investigation into the shooting homicide revealed from witness interviews and surveillance videos that Waller was sitting in his Jeep with the headlights on when authorities say Gerald Scott Ramos, 43, approached from the rear of the vehicle.

In a video unreleased by authorities, Ramos can be seen walking directly to the driver's side door and then shooting eight times into the vehicle from that position.

Ramos, also of North Evans Street, then walked back to his residence a few doors away from the shooting.

According to authorities, Waller was unknown to Ramos before the incident occurred that evening.

Ramos allegedly told detectives that he had been walking home from his brother's house when a Jeep sped past him and nearly struck him. Ramos said this made him "so angry" that he went to his apartment to try to "cool down" before he retrieved his gun and went back outside. Ramos legally owned the 9mm semi-automatic handgun.

"The murder of Darrius Waller is another senseless murder of a victim that had no relationship with the defendant. This murder was prompted simply by anger over a supposed speeding incident," said DA Steele. "These homicides of innocent victims need to stop."

Ramos was arrested without incident and will be arraigned Monday. He is charged with First-Degree Murder, Third-Degree Murder, and Possessing an Instrument of Crime.