Among the microorganisms discovered on the balls, researchers identified 31 species of bacteria and one species of yeast. Nine of these microorganisms are known to be opportunistic pathogens, but that isn’t a reason to panic, some experts say.

DAHLONEGA, Georgia - Ball pits have been enticing children to jump in since they started popping up in restaurant chains in the 1980s, but a new study found that kids are basically jumping into a sea of germs and bacteria.

Physical therapists also commonly use clinical, therapeutic ball pits to provide sensory stimulation to children, and these were the ball pits that researchers focused on in the study, published in the American Journal of Infection Control.

Researchers randomly pulled nine to 15 balls from each of six different ball pits located in inpatient physical therapy clinics or outpatient clinics within the state of Georgia. Samples were collected by swabbing the entire surface of each ball, which were all pulled from different depths in their respective pits.

Bacterial contamination varied, but some balls were found to have thousands of cells each.

Among the microorganisms discovered on the balls, researchers identified 31 species of bacteria and one species of yeast. Nine of these microorganisms are known to be opportunistic pathogens, but that isn’t a reason to panic, some experts say. 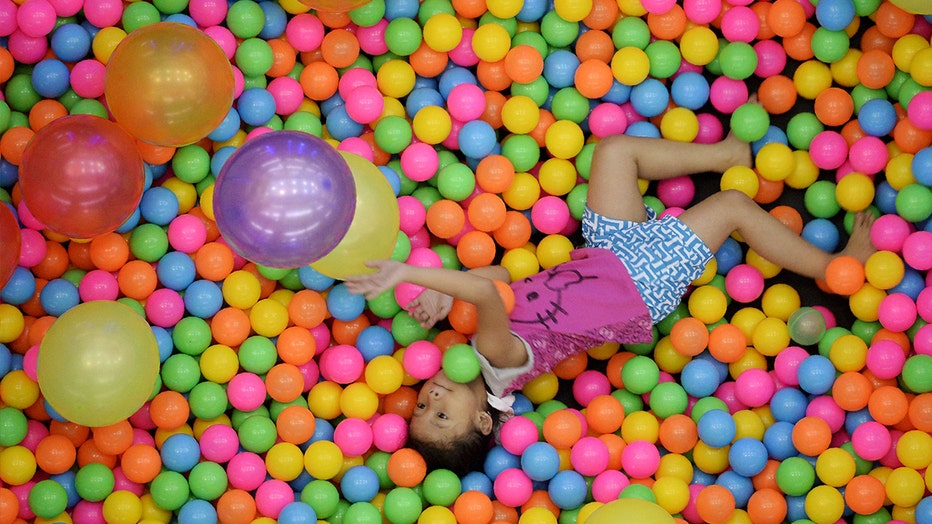 A new study has revealed that ball pits are filled with germs and bacteria. (NOEL CELIS/AFP / Getty Images)

Children who have compromised immune systems, those taking medications that make it harder for the body to fight off infection and those with an open sore or wound are the most at risk, and Esper suggests they avoid ball pits altogether to avoid risk of infection.

Because the only ball pits included in the study were in clinical settings where cleanliness is a high priority, it’s likely that ball pits in restaurants or other public areas contain even more germs.

Still, Esper said, that isn’t reason enough to ditch the ball pit altogether if your child loves the experience — it just means that precautions should be taken.