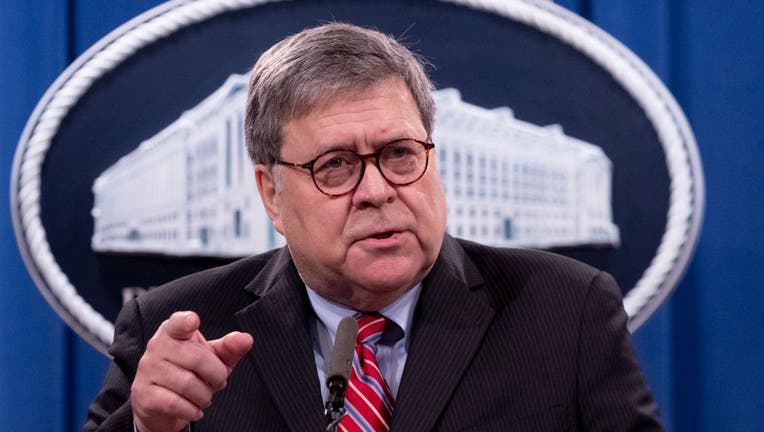 US Attorney General Bill Barr holds a news conference to provide an update on the investigation of the terrorist bombing of Pan Am flight 103 on the 32nd anniversary of the attack, at the Department of Justice Dec. 21, 2020 in Washington, D..C. (Phot

WASHINGTON - Former Attorney General William Barr says President Donald Trump’s conduct as a violent mob of his supporters stormed the U.S. Capitol was a "betrayal of his office and supporters."

In a statement to The Associated Press, Barr said Thursday that "orchestrating a mob to pressure Congress is inexcusable."

Barr was one of Trump’s most loyal and ardent defenders in the Cabinet.

His comments come a day after angry and armed protesters broke into the U.S. Capitol, forcing Congress members to halt the ongoing vote to certify President-elect Joe Biden’s election and then flee from the House and Senate chambers.

Trump supporters clashed with police and attacked the Capitol building in Washington DC on January 6, as lawmakers gathered to count electoral votes to affirm the presidential victory of Joe Biden.

Barr resigned last month amid lingering tension over the president’s false claims of election fraud and the investigation into Biden’s son.