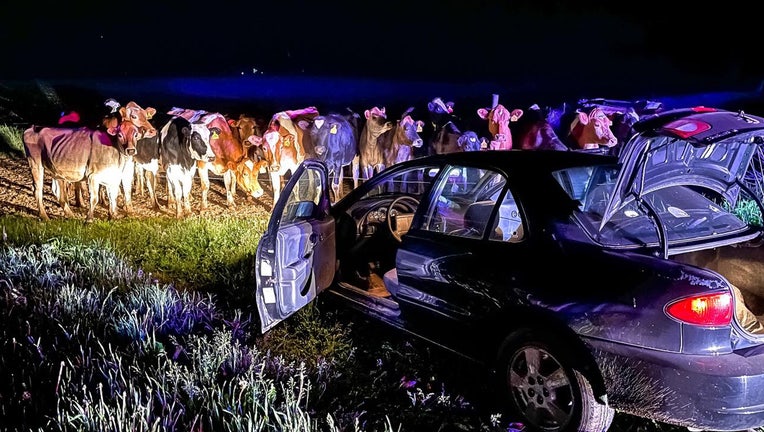 BARRON COUNTY, Wis. - When the Barron County Sheriff's Department and Barron Police Department were involved in a pursuit late Monday night, May 31, the deputies and officers likely did not expect to get help from some dairy cows.

Officials said in a Facebook post that the pursuit lasted roughly 13 miles between Barron and Cumberland. But it ended on a farm.

The post by the Barron County Sheriff's Department says the following:

"We would be remiss if we didn't thank the Barron County Bovine Unit for jumping into the fray when the vehicle came into their patrol area.

"That little Cavalier that could during the chase ran out of steam encountering this moooving blockade. Job well done tonight crew."

Officials say no humans nor cattle were injured during this incident and the driver is in lockup.

Memorial Day caps an extended weekend for some, but the holiday is all about honoring our armed service members who paid the ultimate sacrifice, people like Milwaukee Mayor Carl Zeidler, who left City Hall and joined the fight during World War II.