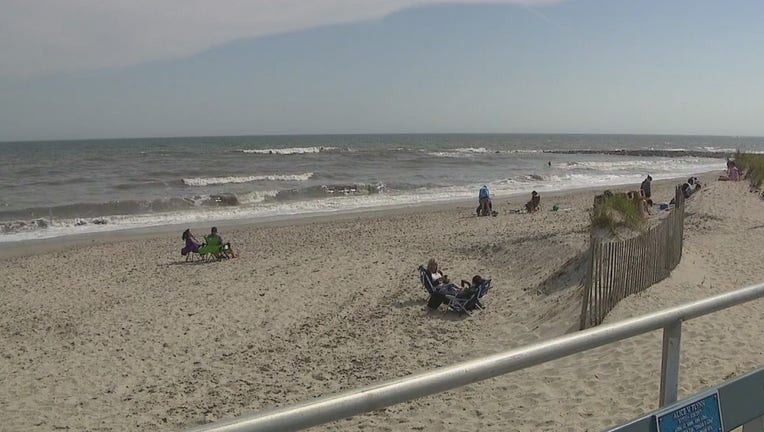 The Wildwood Police Department and several local agencies were called to the beach near Andrews Avenue around noon for reports of a group of swimmers in distress.

When authorities arrived, they saw several people in the surf and a person on a surfboard guiding a young girl to shore. Emergency medical responders transported the girl to Cape May Court House for treatment.

Another woman was also lead to shore by citizens, according to police. She was treated on the beach by medical responders.

Search and rescue crews entered the water after police were told that another young girl could still be in the water. After a 15-20 minute search that included the Coast Guard and New Jersey State Police, the young girl was found on the beach.

The swimmer told police she was helped to shore by several Good Samaritans. She was uninjured, according to police.

The Wildwood Police Department is reminding beachgoers and swimmers to never use a beach without a lifeguard. The department said Wildwood Beach Patrol will be on-duty at limited beaches starting this weekend and will move to full staffing next Saturday.