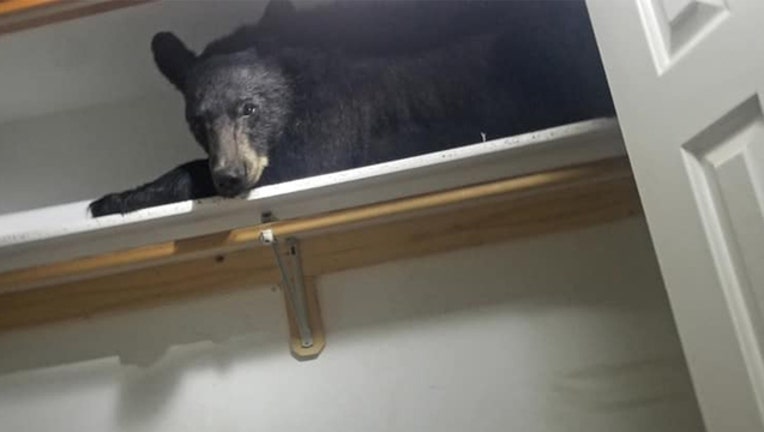 MISSOULA, Mont. - Authorities say a black bear somehow locked itself inside a Montana home and then nestled onto a closet shelf that wasn't too hard, wasn't too soft, but just right for a nap.

Missoula County sheriff's officials say the bear just yawned when deputies knocked on the window and unlocked the door in an attempt to coax it to leave Friday morning. 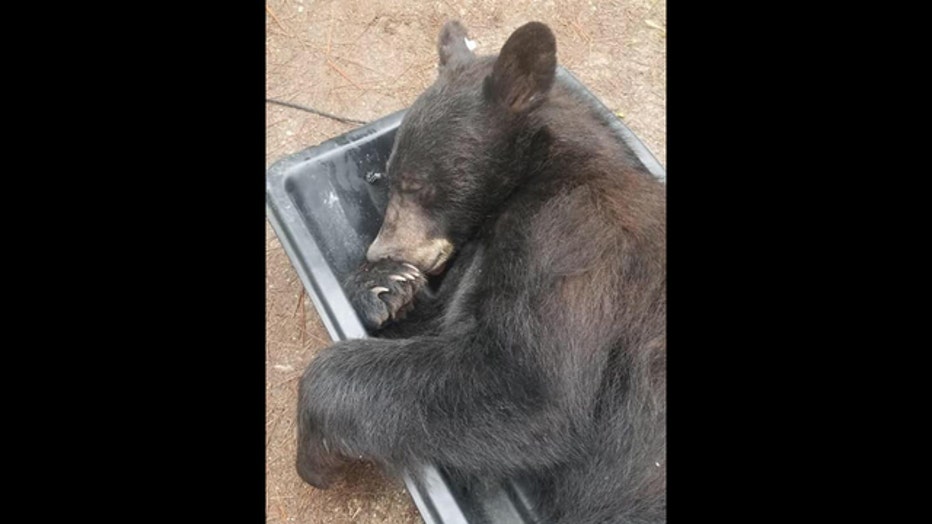 They had to call Montana Fish, Wildlife and Parks Department officials, who tranquilized the bear so it could be relocated.

Sheriff's officials say in a Facebook post that deputies responded at 5:45 a.m. to a call that a bear opened the door to the Butler Creek's mudroom and somehow locked the deadbolt once inside.

They say the bear "began ripping the room apart" before climbing up the closet for a nap.