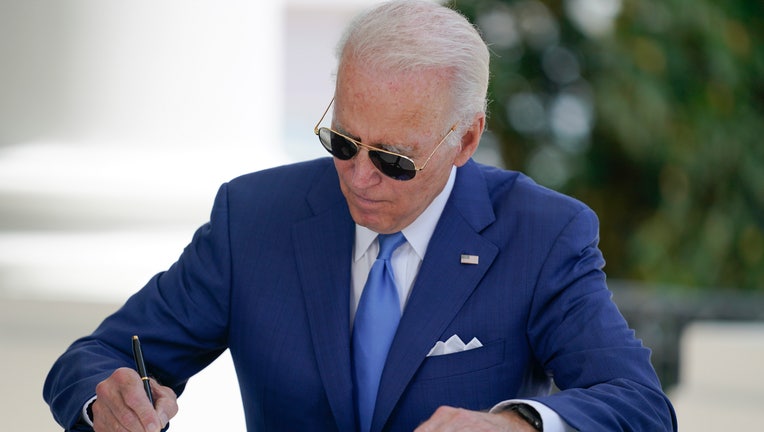 WASHINGTON - President Joe Biden tested negative for COVID-19 Saturday, but will remain in isolation until he tests negative a second time.

He tested positive for COVID-19 again on July 30, a little more than three days after he was cleared to exit coronavirus isolation. His positive tests puts him among the minority of those prescribed the drug to experience a rebound case of the virus.

Biden was "doing great," White House press secretary Karine Jean-Pierre said Saturday when asked about his health during her appearance in Las Vegas at a joint conference of the National Association of Black Journalists and the National Association of Hispanic Journalists. She said that when she speaks to the president, he tells her to "tell folks I’ve been working eight-plus hours a day."

Biden has signed bills from the White House residence and spoken from the residence balcony while forced to isolate. His travel has been put on hold, though he plans to visit Kentucky Monday to meet with families and view damage from catastrophic flooding.

Since he’s been in isolation, Democratic lawmakers have reached an agreement on legislation to lower prescription drug prices, collect more tax revenue from corporations and spend hundreds of billions of dollars to reduce greenhouse gas emissions.

Biden was also in isolation when he announced the killing of Ayman al-Zawahri,  the al-Qaida leader, in Kabul, Afghanistan.

Al Qaeda leader Ayman Al Zawahiri, Usama bin Laden's successor, was killed in a CIA drone strike. The United States killed the leader of al Qaeda, Ayman Al Zawahri in a "successful" counterterrorism operation in Afghanistan over the weekend that senior Biden administration officials say "deals a significant blow" to the terror network and degrades its ability to operate, including against the U.S. homeland. The United States government, on July 30 at 9:48 p.m. ET, and 6:18 a.m. Kabul time, undertook a "precision counterterrorism operation," killing Al Zawahiri, who served as Usama bin Laden’s deputy during the 9/11 attacks, and as his successor in 2011, following bin Laden’s death. "Al Zawahiri continued to pose an active threat to U.S. persons, interests, and national security," a senior administration official said Monday. The official explained that the U.S. government has "multiple intelligence sources via multiple methods that had enabled us to confirm that this was Zawahiri, and that we were successful in achieving our objective."