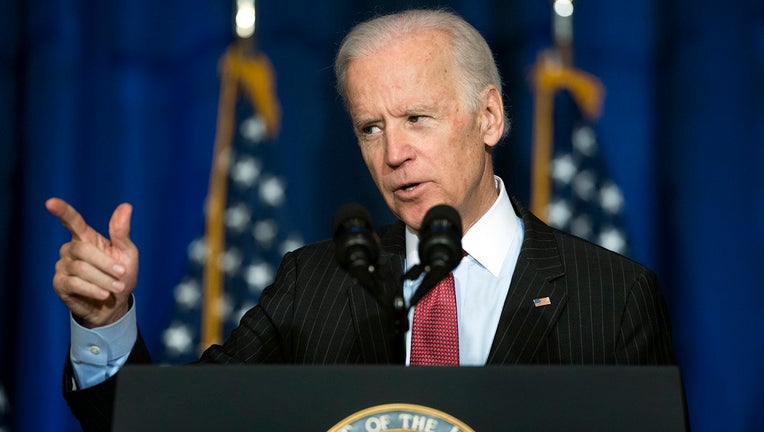 WASHINGTON - Joe Biden has read all the modifiers in front of his front-runner status: shaky, fragile, vulnerable.

He'll try to leave the debate stage Wednesday night with a more positive adjective attached to his name.

The former vice president will likely be the center of attacks over his views on race and the future of the Democratic Party. And for many of the other candidates, it's do or die time before tougher rules kick in that could cull the historically large field of White House hopefuls.

California Sen. Kamala Harris shot up in the polls and raked in money after her impassioned takedown of Biden during the last debate.

Now others are looking to do the same.

New Jersey Sen. Cory Booker has already taken aim at Biden, calling him "an architect of mass incarceration" due to his role in passing a 1994 crime bill that disproportionately impacted African Americans. Kirsten Gillibrand has cryptically hinted she may go after Biden, too. "Stay tuned" was all her spokeswoman would say.

But there's some risk in attacking the early-front runner. Biden and his aides have said he's more prepared for the hits. His campaign has already highlighted Booker's vulnerability on criminal justice, noting that when he was mayor of Newark, the city's police department was hit with repeated allegations of police misconduct.

"If they want to argue about the past, I can do that," Biden said at a recent fundraiser in Detroit. "I got a past I'm proud of. They got a past that's not quite so good."

WHAT WOULD HARRIS DO?

But Harris has struggled with questions about what she would do as president. After her star turn in the last debate, it's a weakness her rivals are likely to exploit.

Case in point: her stance on Bernie Sanders' signature "Medicare for All" bill.

First she said she supported the measure, which would lead to the elimination of private insurance. Then she issued a tortured clarification.

On Monday she released her own take on it and was deluged with criticism from rivals across the political spectrum.

Progressives blasted Harris for stopping short of the full-scale health care overhaul embodied by Sanders' bill. Moderates said she was trying to have it all without taking a firm position.

Washington Gov. Jay Inslee frequently laments that Democrats aren't doing enough to address climate change, an issue that happens to be the sole focus of his struggling campaign.

He's called for a climate-themed debate to no avail, written opinion articles about it and sent out a nonstop stream of fundraising emails asking donors to keep climate change (and his campaign) front and center.

Even if the topic doesn't come up during the debate, Inslee will get his way on Wednesday - at least briefly.

A super PAC supporting him, called Act Now on Climate, will run an ad during the debate attacking many of his better-known rivals for not making climate change the "No. 1 issue."

Unless Inslee has a breakout night, however, finding a way to salvage his campaign may need to be his new top issue.

Andrew Yang complained that he was given less than three minutes of air time during the last debate and that his microphone was cut off much of the time - unlike, say, New York Mayor Bill De Blasio, who frequently interrupted.

But CNN is keeping tighter control over interjections, which could give Yang an opening. The rules allowed Marianne Williamson , another bottom tier candidate at the edge of the stage, to seize the spotlight during Tuesday's debate.

Yang's signature issue is establishing a $1,000 a month "Freedom Dividend" for all Americans. But during last month's debate, he gave a rambling explanation of the idea. After Wednesday, he may not have much time left to make his case.