A billionaire technology investor and philanthropist is providing grants to wipe out the student debt of the entire 2019 class at Morehouse College.

ATLANTA (FOX 5 Atlanta) - A billionaire technology investor and philanthropist is providing grants to wipe out the student debt of the entire 2019 class at Morehouse College.

Robert F. Smith first made the announcement back in May while speaking in front of nearly 400 graduating seniors. He told the students he would pay off their student loans.

The contribution will benefit the new alumni by allowing them to pursue advanced degrees, start careers, and build wealth without being tied down to undergraduate loan debt. 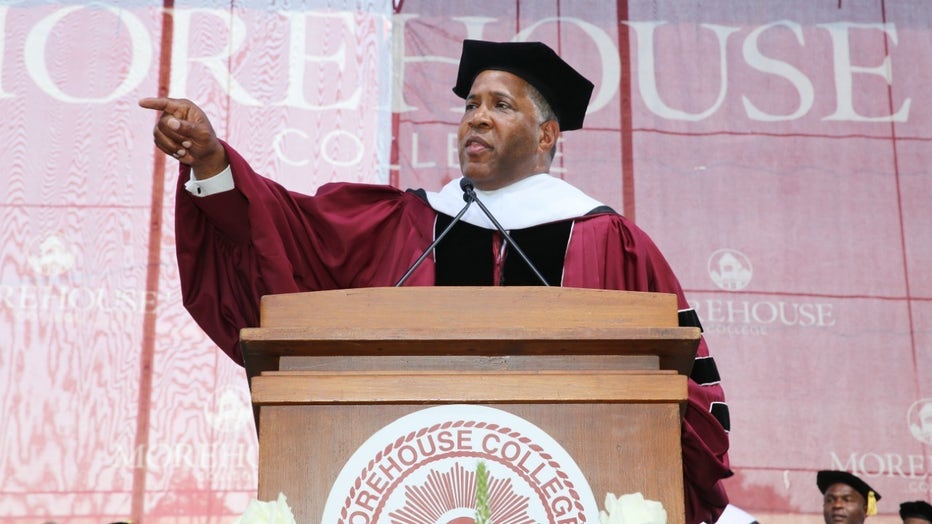 “This liberation gift from Robert Smith—the first of its kind to be announced at a graduation in higher education—will be life-changing for our new Morehouse Men and their families,” said David A. Thomas, President of Morehouse College. “It is our hope that our graduates will use their newfound financial freedom to pursue their career goals, to lead and serve the community, and to remember the spirit of the gift given to them by paying it forward to support the education of future classes of Morehouse Men.”

Smith received an honorary doctorate from Morehouse during the ceremony in May. This was after he had already announced a $1.5 million gift to the school in January, which would fund an endowment scholarship and the creation of a new park.

“You great Morehouse men are bound only by the limits of your own conviction and creativity,” he told the students during his speech.

Athens native Jyrekis Collins told FOX 5 News the gift will change the course of his life. He borrowed nearly $70,000 to supplement the scholarships he received to earn a religion degree from Morehouse.

"For me, this is nothing but God's doing and a reminder that God will clear a path and make a way out of no way. It just shows you God has a bigger plan for all of us. A lot of us were really worried about how we work going to pay off that much debt over the years," said Collins, 22, from his church in Bogart.

Collins is headed to Yale University to study Divinity on a full-ride scholarship. He told FOX 5 News Smith's generosity is something he hopes to be able to do for others as a teacher and a preacher.

Smith is the Founder and CEO of Vista Equity Partners, a private equity firm that invests in software, data, and technology-driven companies. He is also the largest private donor to the National Museum of African American History and Culture.