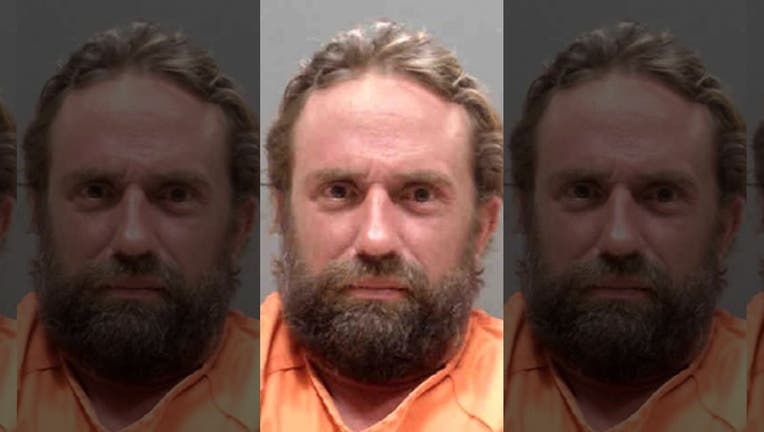 Mark Bailey, 36, is accused of holding his passengers hostage while drunk and under the influence of drugs.

Captain Mark Bailey, 36, was hired by Carlo Lopeparo, 35, for a day-long fishing excursion in Sarasota on Sunday. Lopeparo paid $2,000 for the trip and brought his friends and family, the Herald-Tribune reported.

However, seven hours into the fishing trip, when the group was nearly 60 miles offshore, things became violent.

According to the Herald-Tribune, the son of one of the passengers, Jason Rialmo Jr., 15, went to get a beer for his uncle, Lopeparo, from the captain’s pail on the second deck of the small charter boat. Bailey allegedly told the teen to put it back but Rialmo Jr. thought he was joking and brought the beverage down to the group. Bailey reportedly followed Rialmo Jr. and grabbed him by the necklace, which broke.

Lopeparo then reportedly got into an argument with the captain and began “yelling and screaming” before other passengers intervened.

The passengers tried to get the captain to return to shore around 2:45 p.m., but Bailey continued to steer the boat another 10 to 15 miles out. According to the passengers’ police reports, Bailey was drinking beer and rum during the trip. One passenger claimed to have seen the captain snorting cocaine and another alleged he was smoking a joint.

At one point on the trip, Bailey allegedly called Christopher Giuffre Jr., 23, up to the second deck and threatened him by saying, “I have a 9 mm and if I want, I will put a bullet in each of your heads and leave you out here,” the Herald-Tribune reported.

The group said they considered overtaking the captain, but his gun prevented them from doing so as they feared being injured. Bailey allegedly shot his handgun approximately six times while they were on the boat.

Bailey finally started heading back to shore, but once he made it within 10 miles of the Sarasota shore, he reportedly continued to go in circles. However, Giuffre Jr. was able to get a cell signal and told his family what was happening. He also called 911 and the Coast Guard.

Two and a half hours after Giuffre Jr. was able to place the calls, around 1 a.m., Bailey finally steered the boat back to the dock.

Sarasota police and Coast Guard officers were on the shore waiting to take Bailey into custody. According to the Herald-Tribune, he resisted arrest and kicked a patrol car door while he was being handcuffed.

Lopeparo, who reportedly had hired Bailey in the past and never had any issues, was upset when Bailey was released on a $620 bail.

“I just expected to take my family and friends out like I do every year on June 1,” Lopeparo said to the Herald-Tribune. “I wasn’t planning on being in fear for my life for 17 hours.”

Get upates on this story from FoxNews.com.