Officials have released body camera footage of the moment a newborn baby was found inside a plastic grocery bag in Forsyth County.

FORSYTH COUNTY, Ga. - Officials have released body camera footage of the moment a newborn baby was found inside a plastic grocery bag in Forsyth County.

The Forsyth County Sheriff's Office said it released the footage from the first deputy on the scene the night of Thursday, June 6 in hopes that the video will help them get critical information on the infant's identity.

Officials found the girl in a plastic bag in woods near Daves Creek Road in southeastern Forsyth County after they received a call from residents who heard the child.

In the video, the resident tells the deputy that they heard the cries from their nearby house. 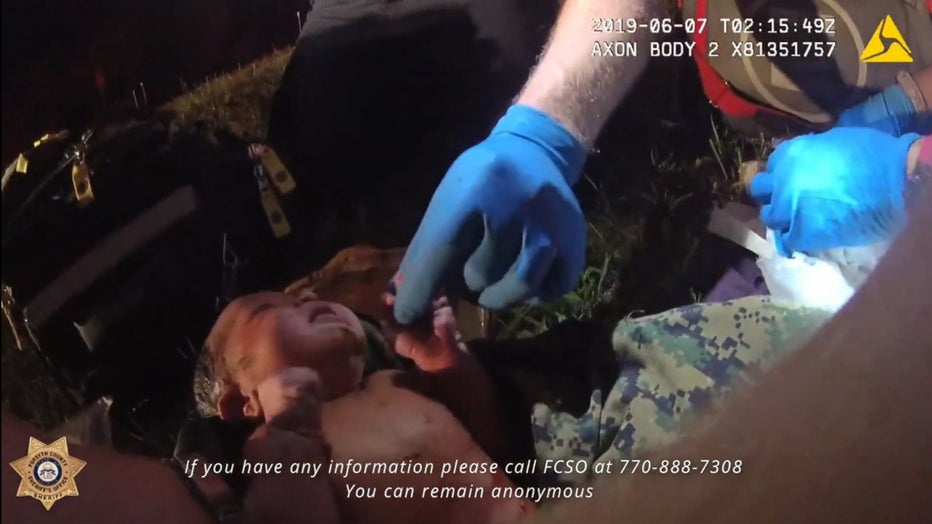 The deputy then opens the bag to find the infant, now temporarily named India, crying and moving around.

Investigators said that after she was found, deputies immediately began giving the child first aid, and emergency personnel rushed her to a hospital. The sheriff says India is "thriving" and is in the custody of the Georgia Department of Family and Children Services.

Officials are still searching for the child's mother. Last week, the sheriff's office released several new photos of India in hopes someone will come forward. 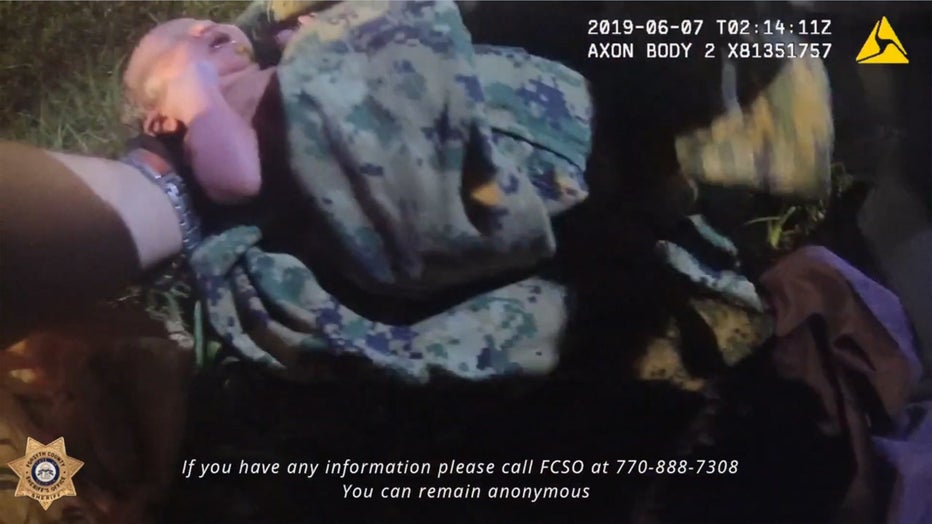 Forsyth County Sheriff Ron Freeman said after the mother is located, investigators will determine whether she will face criminal charges. He pointed out that under Georgia law, a mother who does not want a newborn can take the child to a designated area such as a police department or fire station and hand the baby over to law enforcement officers.

Anyone with information about the case is asked to call the Forsyth County Sheriff's Office's tip line at 770-888-7308. Your call can be anonymous.