WILMINGTON, Del. - The family of a man who was shot and killed by police in New Castle County earlier this year is sharing body camera video of the incident after it was made public by police on Tuesday.

Just after 1 a.m. back on Jan. 13, officers responded to Rosemont Avenue and East 24th Street in Wilmington following a call reporting a suspicious vehicle.

When officers arrived at the scene, they encountered Lymond Moses sitting in the driver's seat of a silver Nissan sedan.

In the body camera video of Moses' initial counter with police, officers can be heard claiming that he was sleeping in the car while the vehicle was in drive.

"We are making sure you're alright," one of the officers can be heard saying.

Moses responds by saying his mom lives nearby.

"Alright man, well we're just out here looking for stolen cars, we see you sleeping and you got weed sitting right there," one of the officers continued. "We thought we make contact and make sure you are alright." 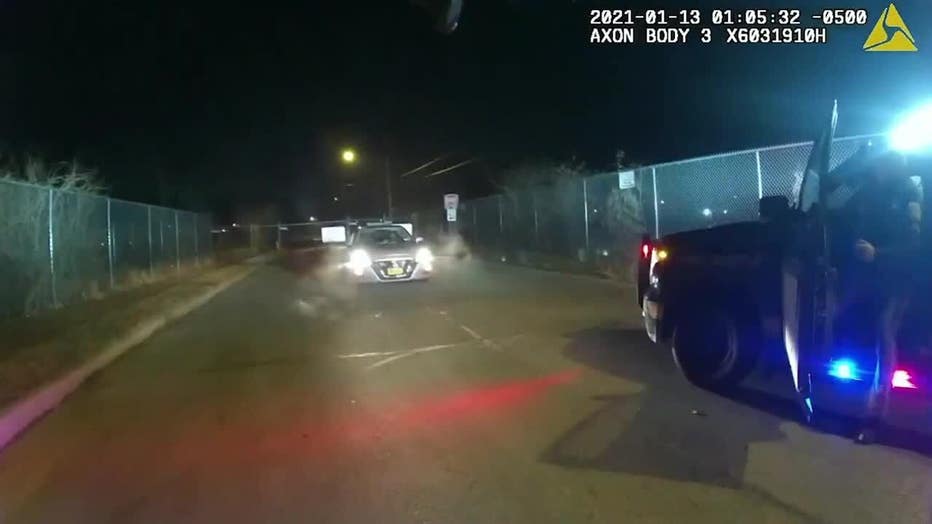 Body camera footage from the Jan. 13 incident shows the moment Lymond Moses turned his car around, facing officers, after turning down a dead end street.

One of the officers says they are going to pull Moses out of the car, and asks him to step out of the vehicle, urging him to cooperate.

"If it's just weed, we don't give a [expletive] about weed," another officer says.

"That's all it is," Moses says in response.

The officers again ask Moses to step out of the car before he starts the car and drives off, as officers can be heard asking him not to leave.

The officers get back into their vehicles and pursue Moses in his vehicle for a short distance.

Officers can then be seen getting back out of their cars as Moses attempted to turn around after turning down a one way street.

"Stop the [expletive] car," one of the officers says as Moses reverses further down the one way street.

"Don't [expletive] do it, don't do it," the officers shout, as Moses accelerates in an apparent attempt to get around the officers.

At that time, multiple officers open fire, striking Moses' vehicle several times as he slams into the front of a police SUV. 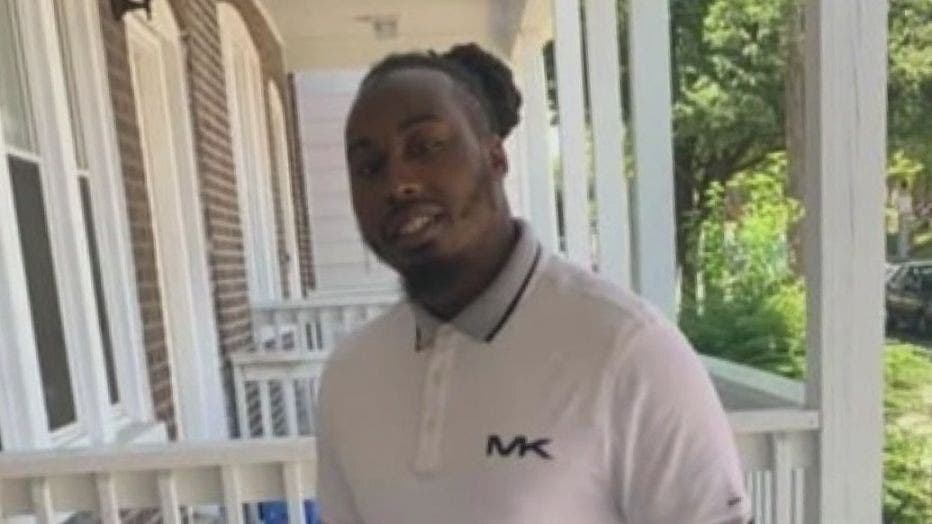 Lymond Moses' mother says he was visiting her on the night was killed, and may have fallen asleep in his car before driving home to his family. (Family Photo)

New Castle County police say their investigation into the incident is ongoing and "conclusions about whether the actions of the officers are consistent with departmental policy and the law will not be made until all facts are known and the investigation is complete."

In the wake of the shooting, Moses' family has called for answers.

"After the shooting, they put out a false narrative that he was attempting to run them over. The video refutes that. Lymond Moses was simply trying to get away," attorney Emeka Igwe said. "In fact, he actually veered away from the officers in an attempt not to hit them."

In a press conference Tuesday, Igwe and the family called on President Joe Biden to help in the case.

Terence Jones, the founder of non-profit Total Justice, Inc., is working with the family and raised questions about how much speed Moses could have possible picked up after stopping to make a turn and backing up.

Jones also called into question where damage to the front of Moses' car came from and why a police vehicle towed from the scene with what appears to be minor front damage was parked more than 100 feet from Moses' car.

"Lymond Moses was not a threat at the time he got shot and killed," Jones said.

Moses' mom says he was on the block to visit her, something he did several times a week. She says he may have fallen asleep in his car before heading home to his wife and three children.

This is the first time New Castle County police have released body camera video of a police-involved shooting.

The department and the state are both conducting investigations.