BORDENTOWN TOWNSHIP, N.J. - An animal control officer in Bordentown is still making wildlife rescues a priority in this pandemic.

Nicole Bencivengo, a Bordentown Township animal control officer, always has an exciting schedule. Yesterday, she had four rescues, including a robin, a racing pigeon, and a snake. 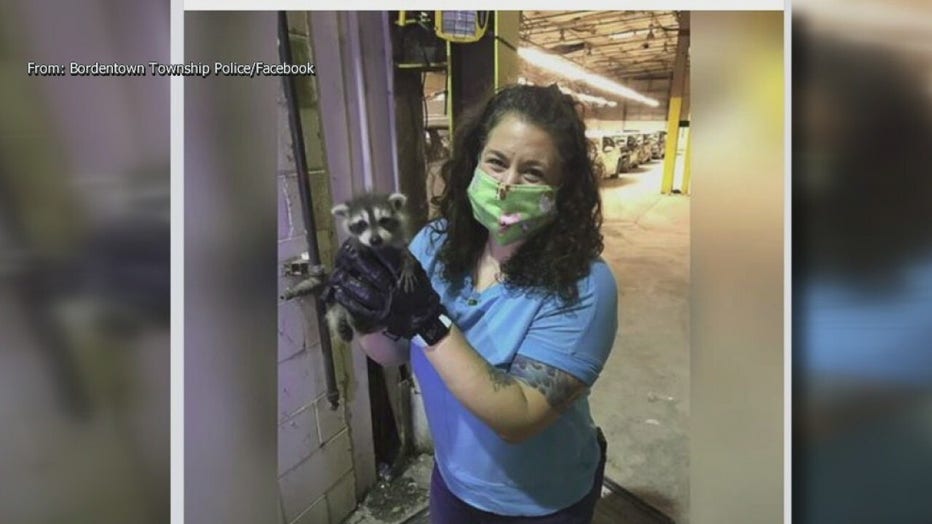 “They were actually hanging upside down- they were wedges in between two beams,” said Horner.

Both raccoons were whimpering before Bencivengo arrived.

“He was in pretty bad shape, pretty lethargic when we got to him. I just had to get both hands in there and just guide him out,” she said.

The Bordentown Township police department shared details of the quick, life-saving rescue on its Facebook page.

In almost perfect timing, after a meme went viral, raccoons are now being called the mascot for 2020.

“I think [raccoons are] a good mascot for 2020. Raccoons do wash their hands, they do wash their food,” Bencivengo said in response to the meme.

The raccoons are currently at a local wildlife refuge. They will be recovering for a few months before they're released back into the wild.