Boy and family speaks out about surviving gun violence

FOX 29's Shawnette Wilson spoke with the boy and his family.

PHILADELPHIA - A family affected by gun violence wants people to know it's a struggle every day. A boy just 6 years old was shot 10 times when someone opened fire on his street three years ago.

“Jolly, fun-going, outgoing and outspoken,” said his mother, LaPrea Brown. She says her son 9-year-old Mahaj is taking back his life as best he can.

“He carries himself like a normal kid. If you didn’t know his story or didn’t see his scars you wouldn’t know that anything was wrong with him,” she said. Those scars come from what happened Aug.11, 2016. Mahaj who was 6-years-old at the time was shot 10 times.​ 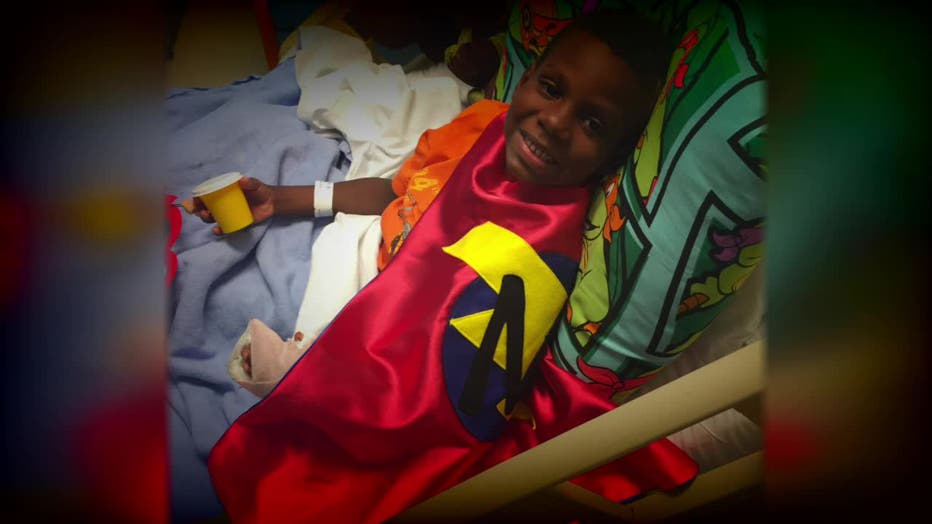 “The surgeon came out and was like mom we’re going to prepare him for surgery, but I don’t think he’s going to make it. I just remember I just went numb,” said his mom.

He's the youngest of several victims hit by stray bullets that evening when someone released a hail of gunfire while driving near Ashmeade and Clarkson Street in his East Germantown neighborhood.​

​“As a mom to see your baby whole insides it was hard for me because I didn’t know what was going to be the outcome of that. He was so tiny. Haji was so little. All I thought is I was going to lose my baby,” said LaPrea.

His family reached out to FOX 29's Shawnette Wilson to let everyone know how Mahaj is doing and for Wilson it was an opportunity to bring a different perspective to covering violence in our city by showing you the pain that continues long after the headline fades.​

​​“If you ask him what happened to him he’ll tell you. People don’t believe him because of his demeanor and how he looks,” said LaPrea. Mahaj is a survivor of gun violence but even surviving is an ongoing nightmare.​

“Behind closed doors, he has his ups. He has his downs.”

Therapy is teaching him how to cope with his feelings.​

“Before it use to be if he gets to be upset or he gets angry he would cry to soothe himself or get over his anger or frustration. Now though he’ll just lash out.”

Loud noises like fire drills in school, sirens and fireworks are all triggers.​

“Once the sun went down, when I say Mahaj would freak out it would be bad. We had to be in the house. Not like on the way to the house but in the house before the street lights came on," said LaPrea. ​

​Mahaj has both psych and physical therapy during and after school several times a week. He’s had nearly 50 surgeries and he’s still in need of more due to his injuries.

“Reconstructive surgery on his intestines, his penis, his testicles, he has to have reconstructive surgery on his colon, he had to have a plate put in his arm to replace a bone that was destroyed from the impact of the bullet, he was shot in his lower leg, his chest, his thigh and his stomach,” said his mom who also says watching how her son’s life has changed doesn’t get easier.​

“I’m blessed and so very thankful my son is here but nobody would understand what I go through on a day to day basis,” she said.​ She says it's her job as a mom to try to hold it in and be strong for him and her 2-year-old daughter Nyla.​

“I get angry. I get depressed. It’s like a gift and a curse in the same aspect but people don’t understand that. They just look at it like he is here so be grateful. But it’s hard as a mother to watch your son want to do certain things and you gotta be the one that tells him oh you can’t do that because of the injuries that you have. The wrong hit could hurt my baby for the rest of his life," said LaPrea.​

​While we were there Mahaj had one of those break downs his mother described. We stopped the camera.​ It’s too heartbreaking to show.​ A half-hour later sitting alongside his grandmother he was able to talk to me about what he wants others to know.​

“If they were a victim of gun violence that they shouldn’t think that it’s their fault,” he said. Mahaj also shared with me one of his best days a year after the shooting around his birthday when his family held this superhero-themed party and invited other children who are victims of gun violence.​ 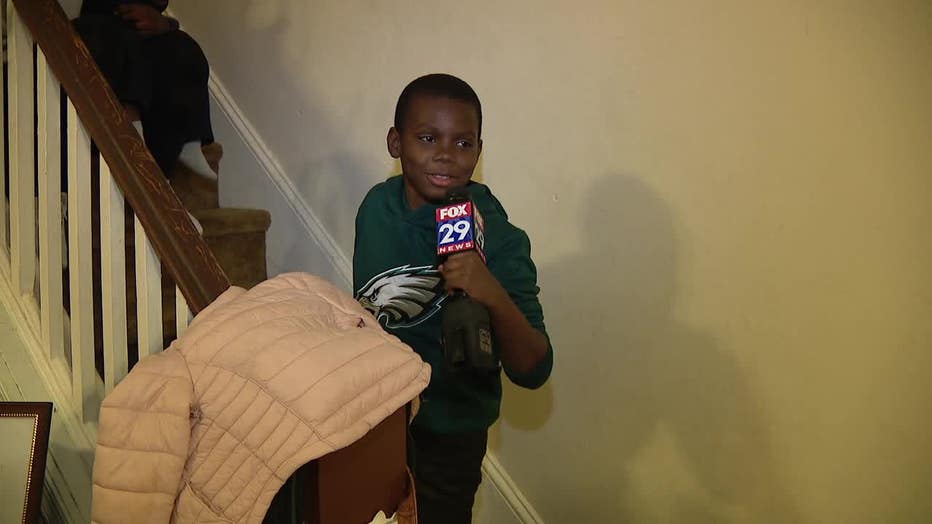 ​LaPrea says aside from wonderful doctors keeping Mahaj happy and healthy is largely due to a great family support system.​

“Between me, his dad, my mom and his dad’s mom we’re a team. We do it together,” she said. LaPrea’s mother, Esther, is the glue that holds together both Mahaj and his mother when things begin to unravel.​

“Somebody got to be the strong one. If he sees her cry, he cries. If he cries she cries. Me I’m the one that comes in and try to put the loving arms around them and we get through another day,” said Esther Davis.​

​LaPrea hopes someone watching will think before they do this to another family.