NORTH PORT, Fla. - The FBI confirmed to reporters in Florida Wednesday that investigators found what appear to be human remains, "along with personal items, such as a backpack and notebook belonging to Brian Laundrie," just hours after Laundrie's parents searched the Myakkahatchee Creek Environmental Park.

"These items were found in an area that, up until recently, had been underwater. Our evidence response team is on scene using all available forensic resources to process the area," said Michael McPherson, special agent in charge of the FBI's Tampa division. "It's likely the team will be on scene for several days."

He also identified Laundrie specifically as "a person of interest in the murder of Gabby Petito."

McPherson is no stranger to the case, as he was seen on Sept. 20 at the Laundrie's North Port home as agents executed a search warrant.

The FBI's announcement came hours after it was revealed that "some articles belonging to Brian were found" while his parents, Chris and Roberta Laundrie, and law enforcement were searching within the Myakkahatchee Creek Environmental Park, along a trail that their son was known to frequent.

The Sarasota County Medical Examiner's Office confirmed that they subsequently responded to the area at the law enforcement's request. A senior law enforcement source told Fox News' David Spunt at the time that "what appear to be human remains" were found at a site being searched by a cadaver dog within the park. 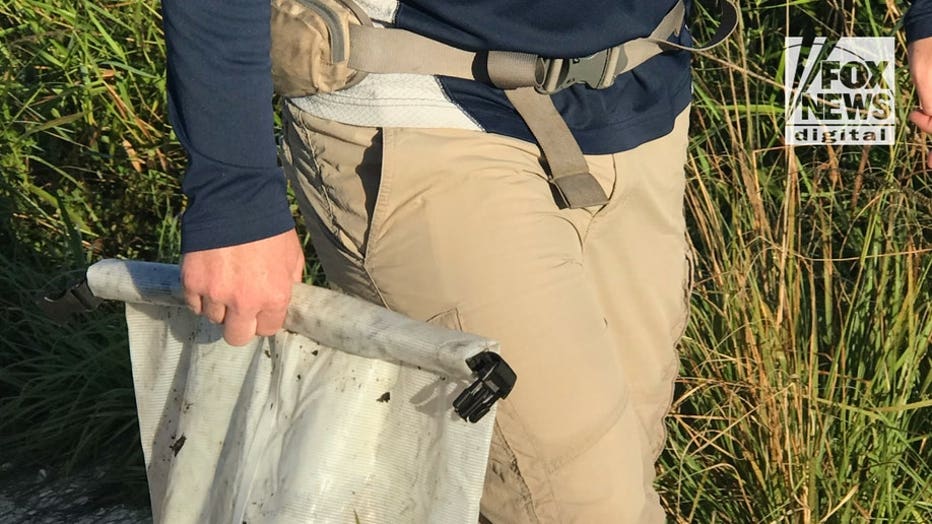 As of Wednesday, the park was closed to the public, having reopened only Tuesday following a weeks-long search for the fugitive.

The Laundries, who have claimed their son went to Myakkahatchee on Sept. 13, the day he was last seen, left their North Port home just before 7:15 a.m. local time for the environmental park. At the park, two men in hiking gear – including at least one who later identified himself as a law enforcement officer – began trailing behind them. The Laundries and one of the men appeared to discuss a discovery before the parents left the park, which was subsequently closed to media and the public.

During the couple's time inside, Chris Laundrie could be seen continually moving in and out of areas of the brush. After a short while, he and Roberta Laundrie separated, with Chris and the two men moving into brush on the left side of the trail for approximately 12 minutes.

Chris returned without law enforcement, and the couple continued on. The Laundries later discovered a white bag and a dark-colored object after traveling through a patch of brambles at the edge of the brush at a clearing. They then could be seen putting the object into the bag and handing it over to the law enforcement officer shortly thereafter, who later took it from them.

On their way out of the park, the couple made a phone call and then received a call.
BRIAN LAUNDRIE SEARCH: PARENTS MUM ON SON'S SEPT. 1 HOMECOMING AS THEY STEP OUT ON LONG DAY OF ERRANDS

Exclusive video obtained by Fox News Digital shows the Laundries and the law enforcement officer huddling and speaking as the officer appears to show the couple an unknown discovery. The officer appeared to tell the parents: "I think we might have found something." The officer could be seen patting Chris Laundrie's shoulder as he huddled with the couple.

The couple left the park at 8:45 a.m. The Laundries returned home shortly thereafter and appeared emotional when confronted by protesters there. 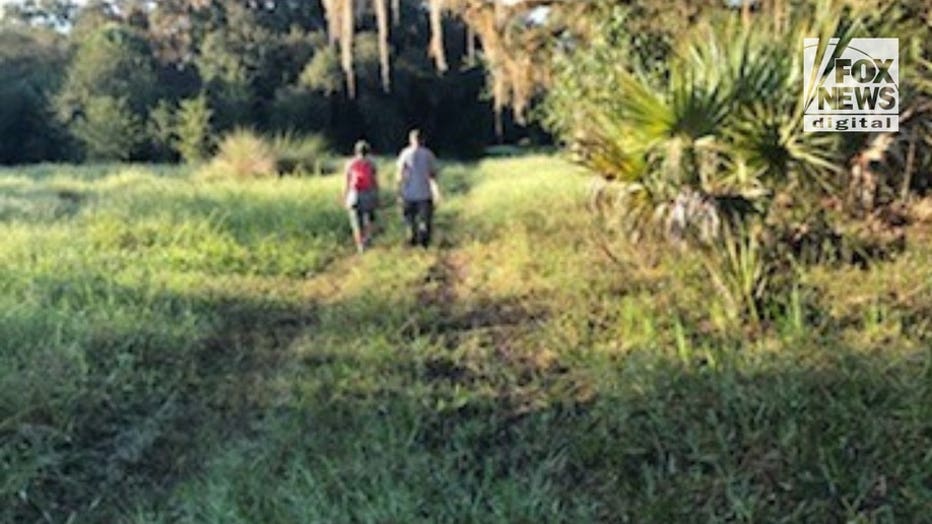 Brian Laundrie has been named a person of interest in the disappearance and subsequent homicide of his fiancee, Gabby Petito. The FBI later issued a warrant for his arrest on charges related to his unauthorized use of a bank card.

Chris and Roberta Laundrie said Brian, 23, left his family’s North Port, Florida, home on Sept. 13 to hike in the Myakkahatchee Creek Environmental Park, located alongside the T. Mabry Carlton Jr. Memorial Reserve. The Laundries' attorney had initially identified the date of Brian's disappearance as being Sept. 14 before changing the timeline weeks later.

Since his disappearance, state, local, county and federal law enforcement have extensively searched the reserve and the Myakkahatchee, where Laundrie is said to have parked his car at the time.

His family did not announce until Sept. 17 – four days after he allegedly left – that he had not returned.

Laundrie and 22-year-old Petito left for a trip in mid-June with the plan to visit national parks in her white converted Ford Transit. The couple had met years earlier on Long Island, New York, where they grew up and later moved into the North Port home with his Brian’s parents, Chris and Roberta.

But Brian Laundrie arrived back in North Port on Sept. 1 – with the van, but without Petito.

Petito’s mother, Nichole Schmidt, reported her missing to Suffolk County Police in New York on Sept. 11. Search teams discovered Petito’s body near Wyoming's Grand Teton National Park on Sept. 19 and announced shortly thereafter that she had been the victim of a homicide.

Authorities later said she was found to have died of "manual strangulation."