The case opening Tuesday involves Johnny Dougherty’s relationship with Bobby Henon, a former union electrician. Prosecutors say Dougherty pressed Comcast Corp. to steer $2 million worth of electrical work to a friend as the media giant negotiated a new cable lease with the city, and had Henon investigate a towing company that seized Dougherty's car.

PHILADELPHIA - Opening statements began Tuesday in the corruption trial of a powerful Philadelphia labor leader and the city official he’s accused of keeping on the union payroll.

The trial comes two years after federal prosecutors brought a sprawling 116-count indictment against Johnny "Doc" Dougherty, City Council member Bobby Henon and several members of the local electricians union. The indictment accuses them of using illegal means to keep a tight grip on construction jobs in the Philadelphia region.

The charges have been split into at least two trials.

The case opening Tuesday involves Dougherty’s relationship with Henon, a former union electrician. Prosecutors hope to prove that Dougherty used Henon to press Comcast Corp. to steer $2 million worth of electrical work to a friend during cable contract talks with the city; to shut down the non-union installation of MRI machines at Children’s Hospital of Philadelphia; and to investigate a towing company that seized Dougherty’s car.

Dougherty, 61, insists he committed no crimes and will walk free after the estimated six-week trial. Henon, a Democrat and former union electrician, has remained on the City Council since the 2019 indictment.

Both men have pleaded not guilty.

Dougherty, who has steered more than $30 million in union funds to political candidates, faces a later extortion trial over other union activities. The union mostly backs Democratic candidates, but has also supported Republicans at times.

Federal prosecutors say Dougherty "put his own self-interests over that of the membership."

However, defense lawyer Henry E. Hockeimer, in a 2019 statement, said Dougherty has put all of his energy into the union and called it "preposterous" to say he tried to defraud it.

The trial is expected to last about six weeks. Both Dougherty and Henon have pleaded not guilty. 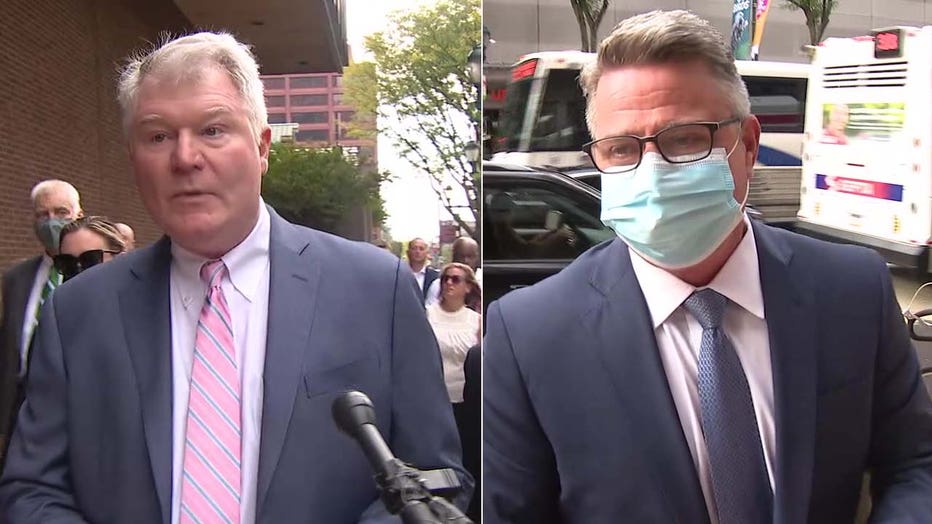