Philadelphia District Attorney Larry Krasner is urging people to come forward with information on violent crime as the city nears 350 homicides, including 10 in the last week. 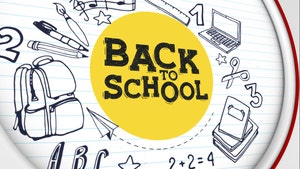 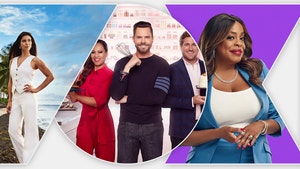 Philadelphia District Attorney Larry Krasner is urging people to come forward with information on violent crime as the city nears 350 homicides, including 10 in the last week.

FOX 29's Mike Jerrick gets a taste for a brand new restaurant right off Rittenhouse Square.

Unvaccinated educators will no longer be required to undergo routine COVID-19 testing in New Jersey, according to an announcement from Gov. Phil Murphy.

A young woman who lost her brother to gun violence is turning that pain into light as she opens a business and employs youth from the neighborhood.

Anthony Medina previously reported the alleged incident to police, but prosecutors have not taken action.

On this edition of The Pulse with Bill Anderson, Bill speaks to former NFL All-Pro Brian Westbrook. Brian tells Bill about how being called "too small to do this" inspired his new children’s book “The Mouse Who Played Football.” Brian also talks to Bill about how football led him to buying a horse farm in retirement and what he is doing now to give back. See why Brian recently called this one of his favorite interviews in his career. Since launching in February of 2022, The Pulse has welcomed names like Macy Gray, Star Jones, Mo’Nique, Iyanla Vanzant, Kyla Pratt, Kevin Eubanks, Kenny Lattimore, Claudia Jordan, Lavar Ball and more….

The massive python was spotted slithering under a car early in the morning by someone out walking their dog, according to local news reports.

Kraft Heinz said it noticed the mistake after several customers complained of the taste.

Anne Heche, known for her roles in 'Another World' and 'Donnie Brasco,' as well as her romantic relationship with Ellen DeGeneres, has passed away after being removed from life support.