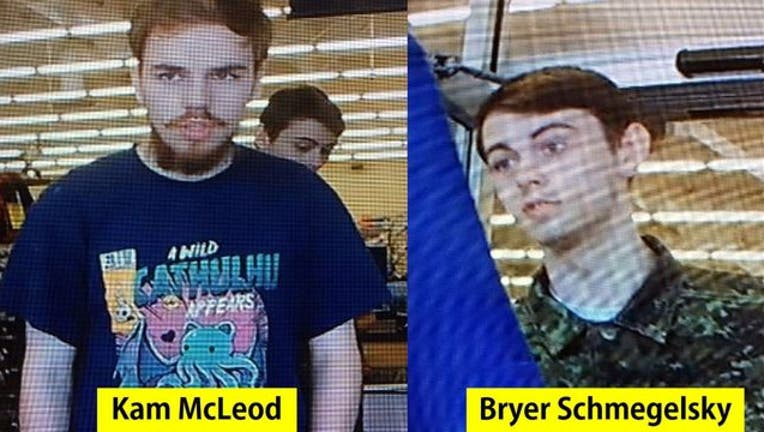 TORONTO (AP) - Police say they believe the two fugitives suspected of killing a North Carolina woman and her Australian boyfriend as well as another man have been found dead in Manitoba.

Royal Canadian Mounted Police Assistant Commissioner Jane MacLatchy said Wednesday authorities located two male bodies in dense bush and they believe they are 19-year-old Kam McLeod and 18-year-old Bryan Schmegelsky. She says she is confident it is them but an autopsy will confirm the identities.

Police said Tuesday that items belonging to the pair were found along the Nelson River in Manitoba. The two bodies were located a kilometer from the items.

McLeod and Schmegelsky have been charged with second-degree murder in the death of Leonard Dyck and were suspects in the shootings of Australian Lucas Fowler and American Chynna Deese.