Six people were injured when a car slammed into an outdoor dining structure Wednesday afternoon in Northern Liberties. FOX 29's Hank Flynn has the latest.

PHILADELPHIA - A car crashed into an outdoor dining structure in Northern Liberties.

The silver Nissan appeared to collide with both the dining structure and a white van. A crowd was visible at the scene as SKYFOX flew overhead. 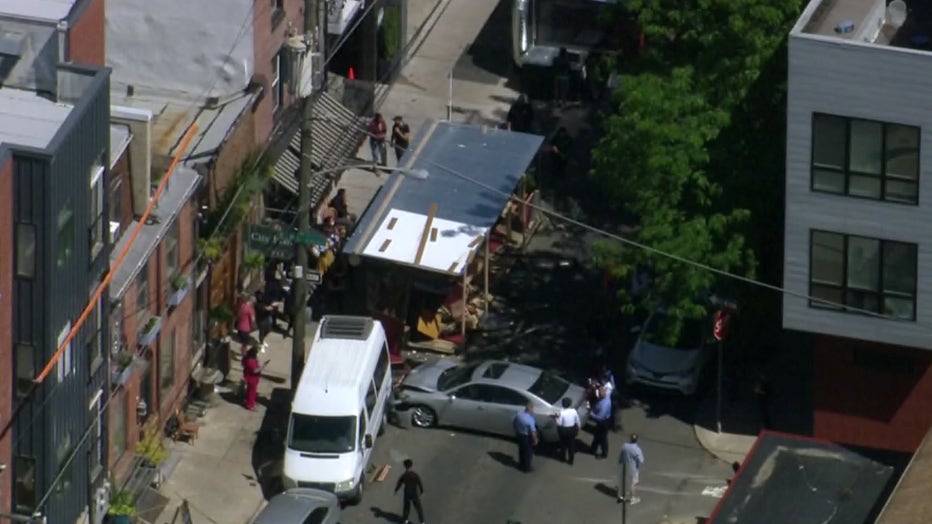 Reports say the incident happened at Cafe La Maude. Patrons were seated at tables when the accident occurred. At least six people were transported to a local hospital. There is no word on their conditions.

Police said an investigation is underway into the cause of the accident. 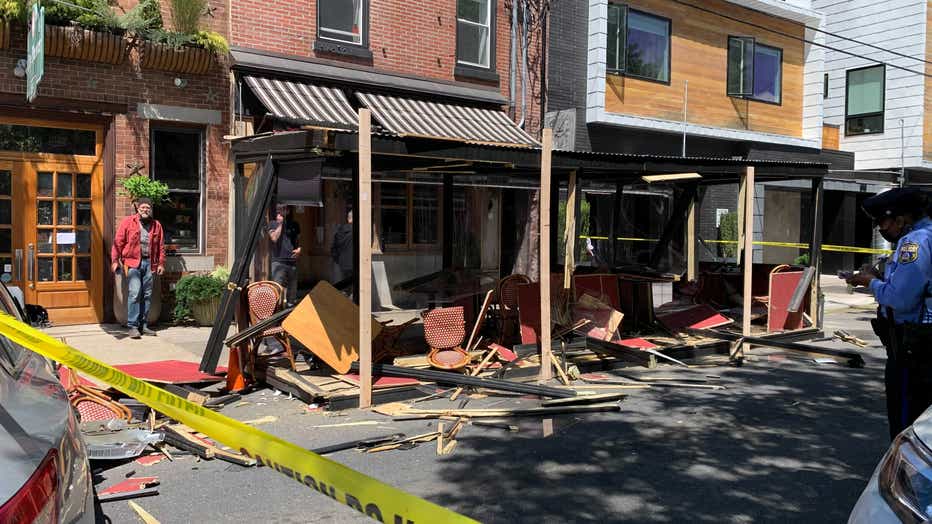