CDC: Foodborne illnesses were on the rise in 2018

WASHINGTON - The number of cases of infection caused by foodborne diseases was on the rise in 2018, according to a new report from the Foodborne Diseases Active Surveillance Network (FoodNet) of the U.S. Center for Disease Control and Prevention’s Emerging Infections Program.

The report analyzed laboratory-diagnosed infections caused by eight specific pathogens at 10 U.S. sites that are representative of 15 percent of the population.

In 2018, FoodNet identified 25,606 illnesses, 5,893 hospitalizations and 120 deaths, which revealed an overall increase in incidence of most infections, including the two most common bacterial causes of foodborne illness — Campylobacter and Salmonella.

The report noted a significant increase in incidence rate of Cyclospora infections compared to the 2015-2017 range, which is partially due to large outbreaks associated with produce.

The report notes that, though the incidence of bacteria-related foodborne illness is on the rise across the board, some testing changes may account for the upward trend of illness incidence and may not signify a sustained trend over time.

These are the five pathogens responsible for the most foodborne illnesses over the last year. 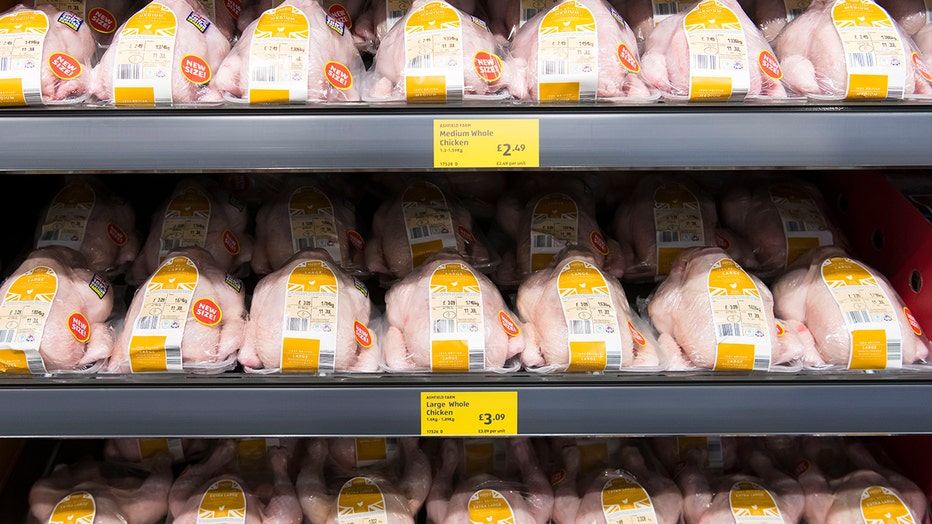 Foodborne illnesses, which are often caused by consuming or being exposed to raw or undercooked poultry, are on the rise, according to a report from the CDC. (Matthew Horwood/Getty Images)

Campylobacter causes an estimated 1.5 million illnesses in the U.S. annually, according to the CDC, and the majority of infections are contracted from eating or coming into contact with raw or under-cooked poultry, however, some infections stem from contaminated water, contact with animals or drinking unpasteurized milk.

Diarrhea (which is often bloody), nausea and vomiting, fever and abdominal pain and cramping are the most common symptoms of Campylobacter infection, and onset usually occurs two to five days after exposure. Symptoms typically last for a week.

Most people recover from a Campylobacter infection without any specific treatment, but patients with severely weakened immune systems (those with AIDS or blood disorders, or people receiving chemotherapy, for example) often require antibiotics to prevent the infection spreading to their bloodstream, where it can become life-threatening.

Salmonella bacteria cause approximately 1.35 million infections, 26,500 hospitalizations and 2,420 deaths in the U.S. annually, and contaminated food is the cause of most infections.

The most common symptoms are diarrhea, fever and stomach cramps, and onset usually occurs between six hours and six days after infection. Most Salmonella infections will clear up without specific treatment, but some may be so severe that the patient needs to be hospitalized.

Escherichia coli, known better as E. coli, are a large and diverse group of bacteria which are found in the environment, foods and the intestines of people and animals. While most are harmless, Shiga toxin-producing E. coli (STEC) causes symptomatic infections about three to four days after consuming food or drink that is contaminated.

The most common symptoms are severe stomach cramps, diarrhea (often bloody) and vomiting. Most people will recover after five to seven days, but infections can be severe of life-threatening. About five to 10 percent of people who are diagnosed with STEC infection develop hemolytic uremic syndrome, a severe condition that requires hospitalization for treatment.

Infection by the bacteria Shigella occurs after coming into contact with the stool of a contaminated person, and this can happen via contact with surfaces such as bathroom fixtures and changing tables, eating contaminated food or swallowing recreational water (lake or river water, for example).

Most people who develop Shigella infections experience diarrhea, fever and stomach cramps beginning one to two days after exposure to the bacteria, and the infection typically clears up in five to seven days.

Spread of the Shigella can be stopped with careful hygiene measures.

People who consume food or water contaminated with Cyclospora can contract cyclosporiasis, an infection of the small intestine.

It usually takes about a week after exposure for symptoms to appear, which most typically includes loss of appetite, weight loss, stomach cramps/pain, bloating, increased gas, nausea and fatigue. Vomiting, body aches, headaache and fever are also possible symptoms. The infection is treated with antibiotics.

Because of a significant increase in incidence rate of Cyclospora infections in 2018, the FoodNet report suggests, "more targeted prevention measures are needed on produce farms, food animal farms, and in meat and poultry processing establishments to make food safer and decrease human illness," the report says.