A German Shepherd pup was chained up for so long that its collar had to be surgically removed.

TAMPA, Fla. - A German Shepherd pup was chained up for so long that its collar had to be surgically removed. Weeks later, Kiwi, the six-month-old dog, has come a long way. 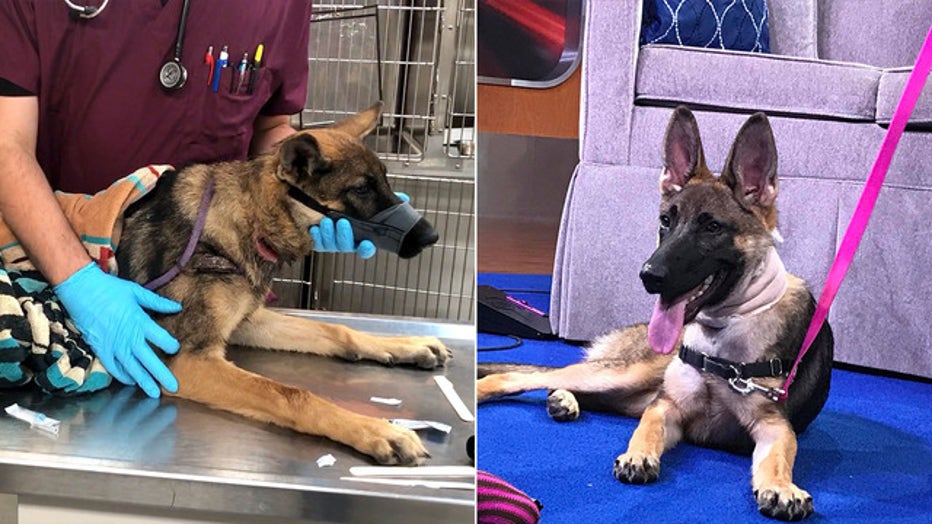 For two months, she was chained up outside. She was still a puppy, still growing, but her owner never adjusted the chain.

“As she grew, the chain obviously did not grow," said Danyelle Ho, director of operations with the Humane Society of Tampa Bay. "It grew into her neck." 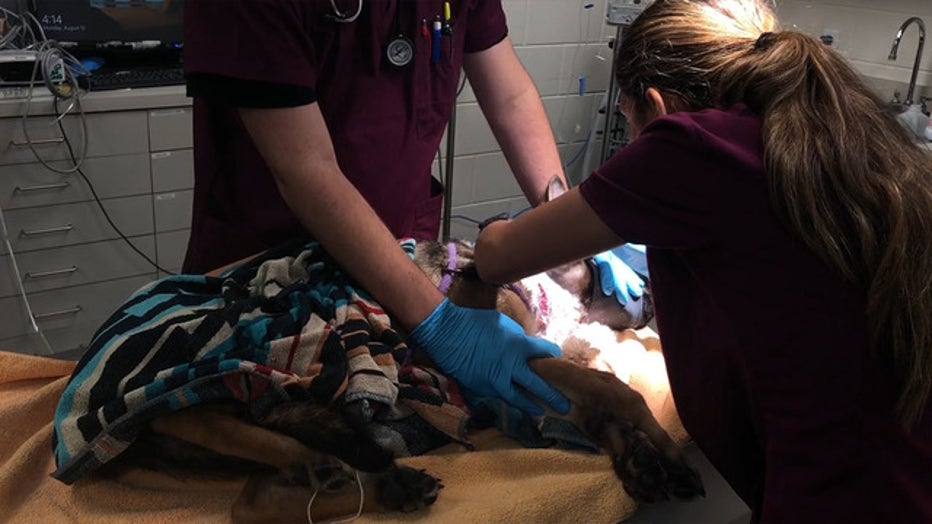 The owner brought the pup -- later named Kiwi by shelter staff -- to the Humane Society. Veterinarians also found plastic in her stomach, likely due to the previous owner tossing her bologna to eat while it was still in a plastic package.

"She was in a lot of pain," Ho explained during her visit with Kiwi on Good Day Tampa Bay. She still had a bandage around her neck, but, besides that, it was hard to tell there were hardships she had to overcome, considering she was full of energy, and could barely sit still. The previous owner surrendered the pup.

"She’s spunky," Ho said. "The process to get here took a lot of money and time." 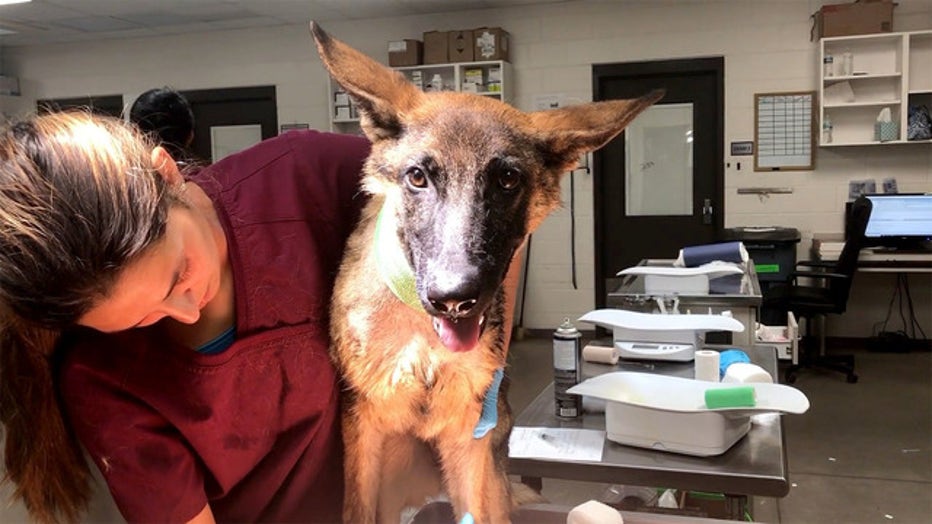 Kiwi has another six weeks of recovery. Her wounds have to be cleaned every day, and her bandages have to be changed regularly. The Humane Society estimates they spent nearly $2,000 in Kiwi’s recovery so far.

If you suspect an animal is being neglected or abused, the best route to take, Ho said, is to contact your county's animal services for an officer to investigate.

As for Kiwi, she will be taken care of at a foster home in the coming days, but the shelter will let the public know when Kiwi is up for adoption.