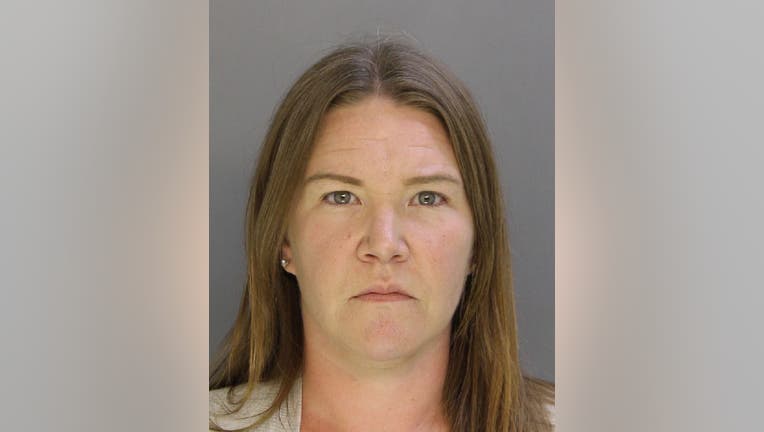 CHESTER COUNTY, Pa - A child care worker is facing charges accused of physically abusing three children who were in her care at the Malvern School in Westtown Township, the Chester County District Attorney's Office announced.

Victoria Aronson, 36, is charged with multiple counts of aggravated assault, endangering the welfare of children, simple assault, and related offenses.

The complaints occurred between Sept. 29 and 30 and involved three victims between the ages of fourteen and sixteen months, the DA's office said in a release.

Investigators learned Aronson, who worked as a caretaker in a class for ages 1 to 1½, allegedly used unreasonable force while interacting with three children. In one instance, investigators were told she grabbed a victim who was crying by her upper arms and slammed her onto a wooden changing table, then held the child’s torso down with one arm while yelling and cursing at her.

Aronson is accused of then grabbing another child and doing the same thing before slamming both children on the floor and yelling at them, according to investigators. Witnesses also heard her screaming at the children.

Investigators said an eyewitness told police that she observed Aronson hold one of the victims in a headlock position, causing the victim’s head to hit the door. On another occasion, she is accused of slamming a different victim to the ground outside with such force that the child began to cry. One victim was taken to the pediatrician with bruising and a cut under an eye.

"Parents place enormous trust in the people who care for their children, and when that is broken, it has lasting effects on families and the community. The defendant’s callous treatment of three toddlers was abusive and criminal, and my office will seek justice for the victims. People who work with children have a legal and moral responsibility to report any abuse and we will hold those accountable for failing to protect any children," DA Deb Ryan said.

The investigation is ongoing. If you have additional information about this case, please call Detective Michael Meiswich at 610-696-9600.