FOX 29's Steve Keeley has more on what to expect regarding the yearlong renovation of Chestnut Street Bridge.

Hundreds of daily walkers and 18,000 drivers cross Chestnut Street to get to and from University City and West Philadelphia each day.

"A pretty big inconvenience considering. It's next to a major highway right here," Anna Savage said.

Hundreds of daily walkers and 18,000 drivers cross Chestnut Street to get to and from University City and West Philly. 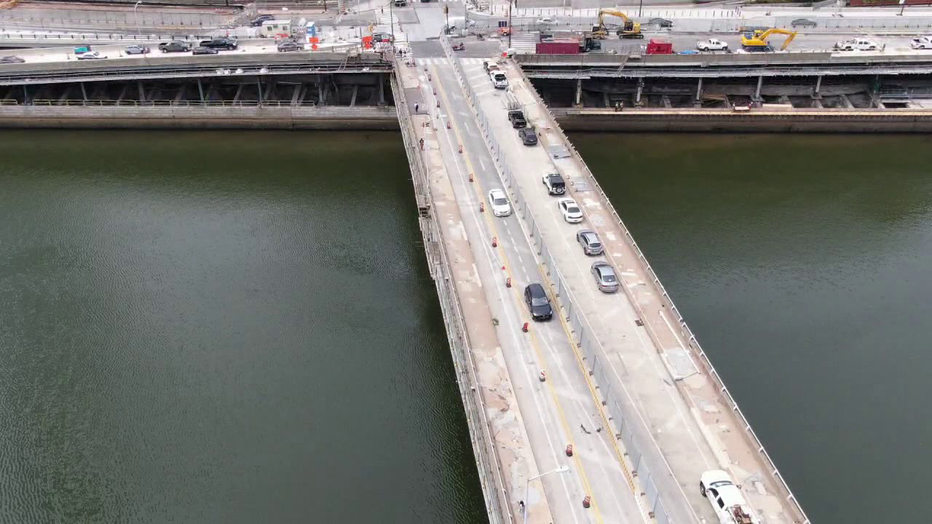 The closure is a part of a $103.6 million project to fix not just the bridge, but to fix seven nearby structures. Two viaducts over I-76 are slated for rehabilitation, as well as the viaduct under Chestnut Street between 30th and 31st Streets, the Chestnut Street stone arch bridges over 24th Street, among others. Two retaining walls are also scheduled for repair work.

"So this whole area when it’s done will not only be convenient for motorists but also pedestrians and bicyclists. The whole area is intermodal to put it in a word," PennDOT construction senior engineer Harold Windisch said.

During the closure, motorists and cyclists heading east from West Philadelphia will be detoured north on either 38th Street, 36th Street or 33rd Street to east on Market Street, then across the river to 23rd Street.

Chestnut Street motorists in the vicinity of 30th Street also may turn left on Schuylkill Avenue to access either eastbound Market Street or John F. Kennedy Boulevard across the river to Center City.

An alternate detour for cyclists will be to take 38th Street or 34th Street south, turn left on Spruce Street, then east on South Street across the river to 22nd Street.

Pedestrians will be detoured to either the Market Street or Walnut Street bridges over the river.