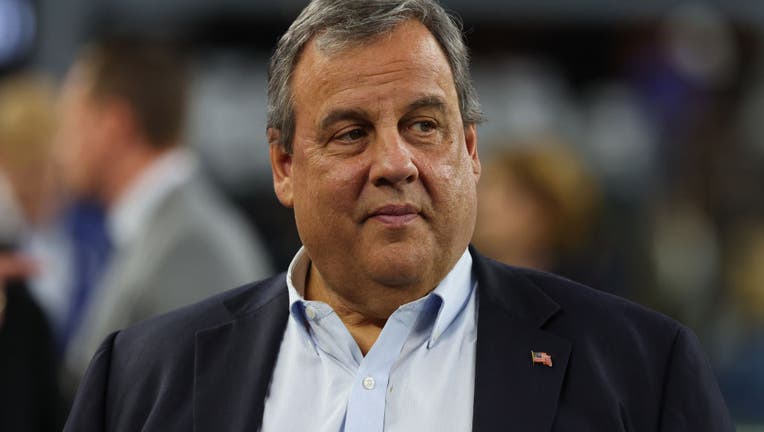 ARLINGTON, TEXAS - DECEMBER 04: Former New Jersey Governor Chris Christie looks on prior to a game between the Indianapolis Colts and the Dallas Cowboys at AT&amp;T Stadium on December 04, 2022 in Arlington, Texas. (Photo by Richard Rodriguez/Get

A woman reported to be a niece of former New Jersey Gov. Chris Christie was arrested on Thanksgiving morning after allegedly causing a disturbance on an airplane and injuring six deputies.

Captain Jason Rivarde of the Jefferson County Sheriff's Office confirmed to Fox News that Shannon Epstein was arrested at approximately 6 a.m. that morning after being removed from a plane at Louis Armstrong New Orleans International Airport. According to NOLA.com, Epstein is Christie's niece and the flight was headed to New Jersey.

"She was removed from the flight after causing a disturbance which included asking a family she believed was Latino if they were smuggling cocaine," Rivarde said in an email to Fox News. "When deputies initially made contact with her on the jet bridge, she became extremely combative. During her arrest, she injured 6 deputies, biting one and kicking another in the groin."

Rivarde said Epstein "was eventually secured in a wheelchair" and taken from the scene.

Rivarde did not confirm that Epstein is the niece of the former New Jersey governor, but he did say that "she repeatedly stated that they would lose their jobs or be arrested because of her familial relationships."

Epstein was arrested on charges of remaining after forbidden, resisting a police officer with force, and multiple counts of battery on a police officer. She was placed in custody but released the same day after she posted bond.

Rivarde noted that mugshots are not publicly available for cases involving such charges.