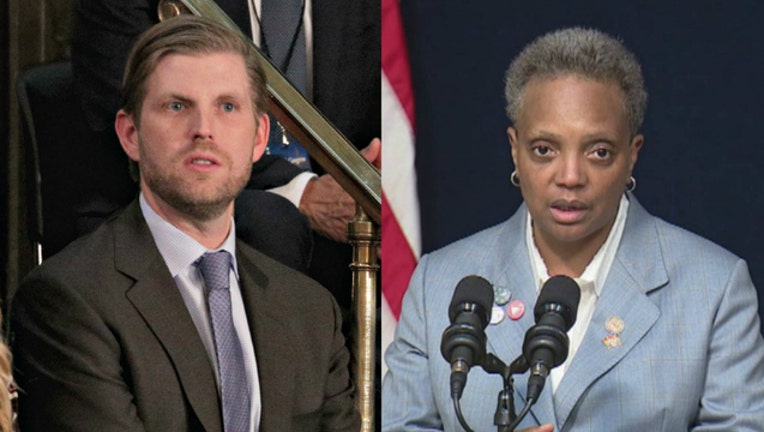 On June 1, Eric Trump wrote he appreciated her call and passed along her support to their team.

He wrote again in July saying her call to him was a "class act."

President Trump has criticized the mayor for lifting the bridges during the riots, but the mayor has said part of the reason she lifted them was because protesters would target Trump Tower.

The Mayor's office says it reached out to a number of business owners to update them on safety measures and that Eric Trump was one of them because he is Executive Vice President of the Trump organization.

The statement from the Mayor's office read:

"Eric Trump, the executive vice president of the Trump Organization, was one of the people the Mayor reached to provide an update on precautionary public safety efforts the City was taking in the Central Business District, and to advise that the City would not bear sustained costs associated with Trump Tower. Subsequently, Eric Trump sent the Mayor two text messages to which the Mayor did not respond."