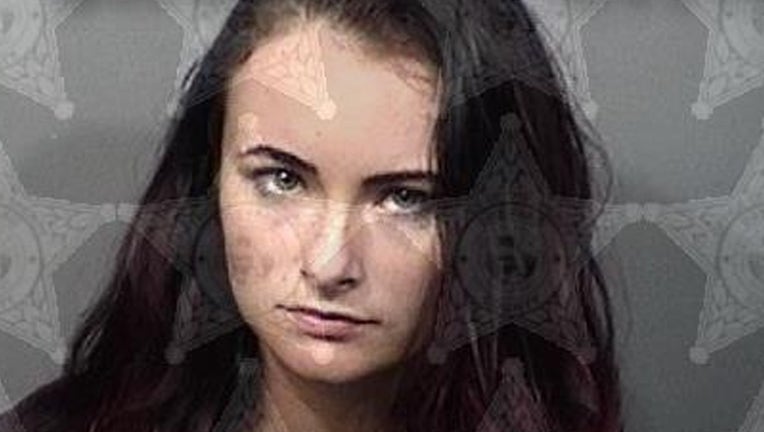 FLORIDA - A Florida woman was arrested last week on allegations that she squeezed her boyfriend’s testicles until they bled, police said.

The alleged incident occurred on June 4 in Indian Harbour Beach, about 70 miles southeast of Orlando. Authorities responded to a call from a man who said his live-in girlfriend had assaulted him, according to a police report.

The report said the woman -- identified as 21-year-old Katie Lee Pitchford – had become “enraged” during an argument. The alleged victim, who was not identified, reportedly told the officers that Pitchford had struck him “with her fists and scratched the left side of his face.”

An arrest affidavit, cited by the Miami Herald, said the man’s face was bloodied and had visible bruising. The man reportedly told officers that Pitchford had grabbed him “by his b---s and squeezed them until they bled.”

He told officers that after Pitchford choked him until he couldn’t breathe, he managed to wrestle her away and call police, the affidavit reportedly said.

Pitchford was arrested for battery and accused of violating her probation, the Sun-Sentinel reported. In the back of the patrol car, Pitchford reportedly asked to talk to the victim so she could apologize.

She was detained by the Brevard County Sheriff’s office on no bond and will appear in court later this month, according to the Sun-Sentinel.