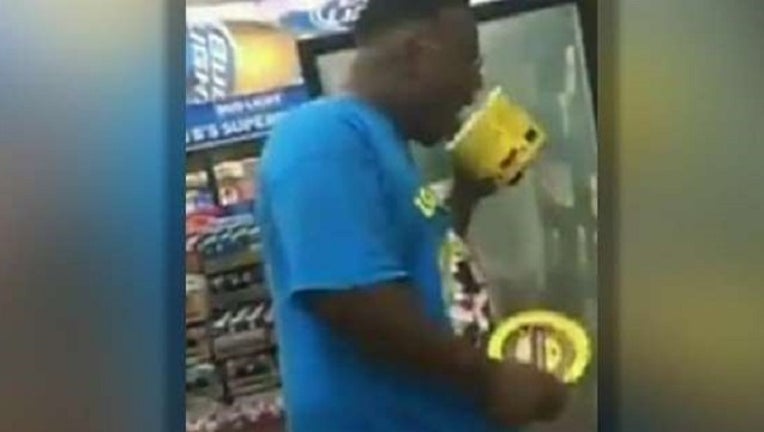 BELLE ROSE, La. - Another video of someone licking a tub of ice cream and placing it back on the store shelf has gone viral.

This time around, Lenise Martin 36, of Assumption Parish, Louisiana, was arrested following the 'copycat' incident.

He is seen in a video licking the top of a blue bell ice cream tub, moving his finger around the top, licking it again and putting it back in the freezer.

Martin is charged with tampering with property and unlawful posting of criminal activity for notoriety.

A teenage girl in was captured in a similar incident last week. Authorities declined to charge the teen as an adult.