A Central Florida paramedic had his arm nearly ripped off by an alligator last summer. He talks about it with FOX 35.

Kieffer, along with fellow paramedic Randy Matheny and randy's dad, was out hunting gators as they had done dozens of times before. It was just after 5 p.m. when they found a big one.

"What happens when you do something a lot of times, is you get a little too confident," he said. "You forget that this is a dangerous animal that you're dealing with"

Within minutes, Kieffer said they had harpoons in him. 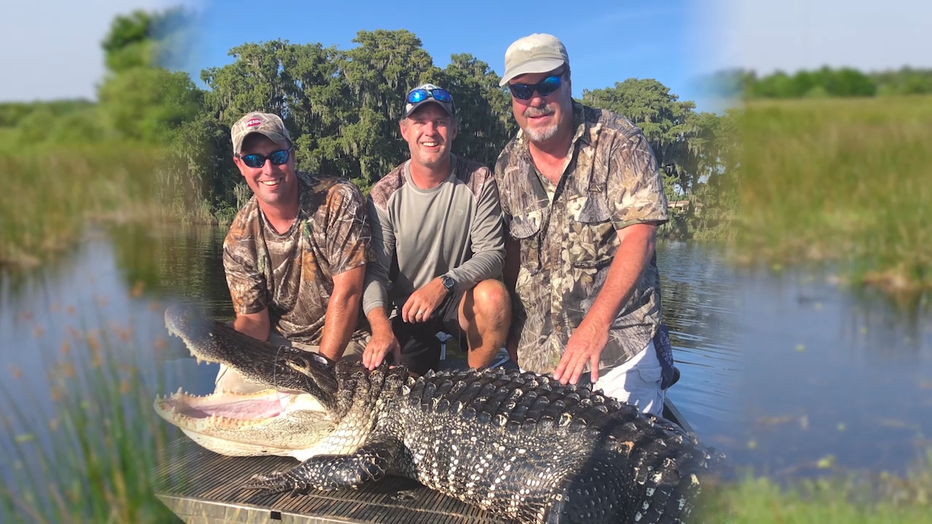 "He was still fresh and he was just able to launch himself off the bottom and get in the boat and get a hold of me, and it was just the perfect storm of things that could go wrong."

In a split second, everyone reacted.

"Randy's dad was able to grab my belt and just hold me in the boat and make sure I didn't get pulled in the water, and Randy was able to get a rod and put it in the gator's mouth and pry it open."

But that didn't work.

"It wasn't until we heard the bone crush and the skin rip, that I grabbed my wrist and he let go," Kieffer said.  "I remember everything except for the alligator. I can't for the life of me picture the alligator attached to my arm, even though it was, you know, 12 inches from my face!"

The men took off to get help and ended up in someone's backyard. Soon, an ambulance arrived.

"I gave them the information they needed and then I asked them to knock me out because at that point, I just kinda done dealing with it," Kieffer explained with a laugh. 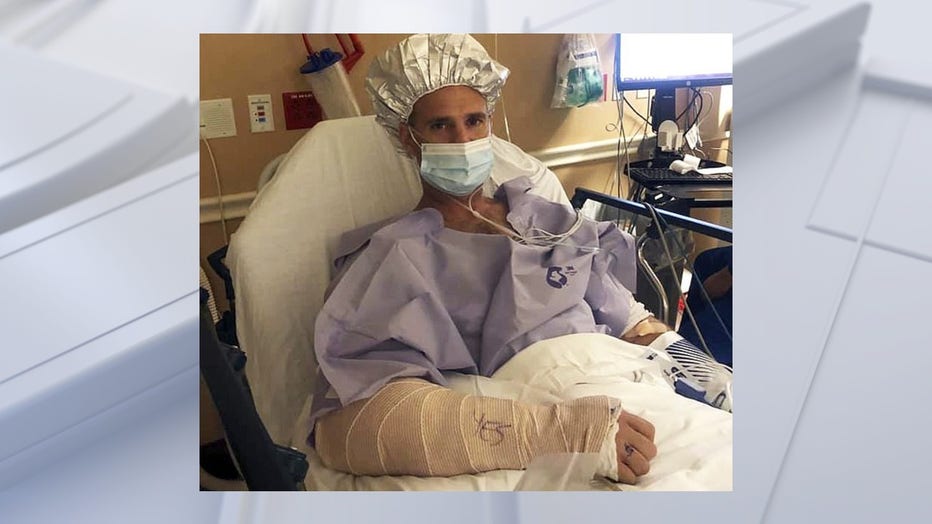 When he woke up, doctors didn't hold out much hope that he would be able to go back to work as a paramedic, but Kieffer was determined.

He could feel his fingers and knew it was a good sign.

"So from day one, I was like, I don't think you're right doctor, I think I can do better than what you think."

Since then, he has had multiple surgeries. The most recent one made a big difference.

"December 16th, they were able to transfer muscle from the bottom of my arm to the top of my arm to give me control of my wrist. Before that my wrist was just dangling."

It was a planned two-hour surgery that ended taking more than six hours to complete.

"My doctor got in there and he kept at it and kept at it until he did what was best for me," Kieffer said. 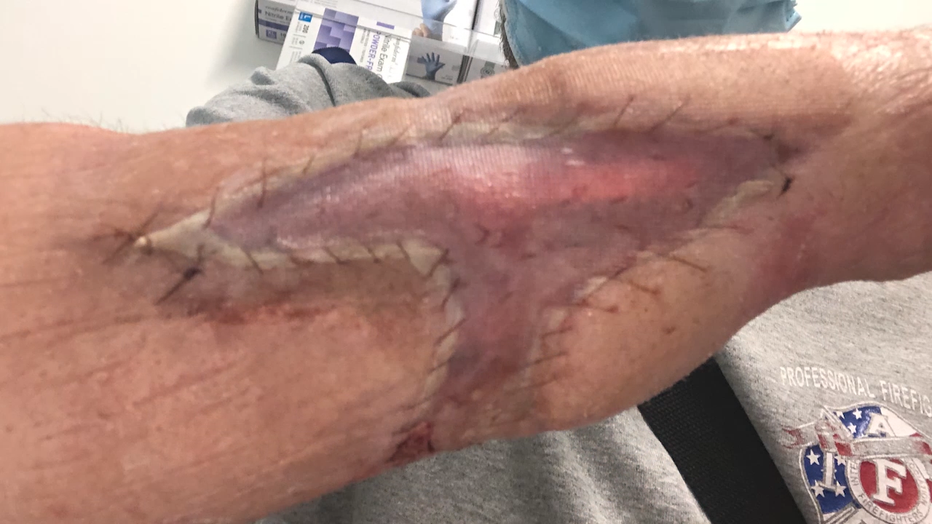 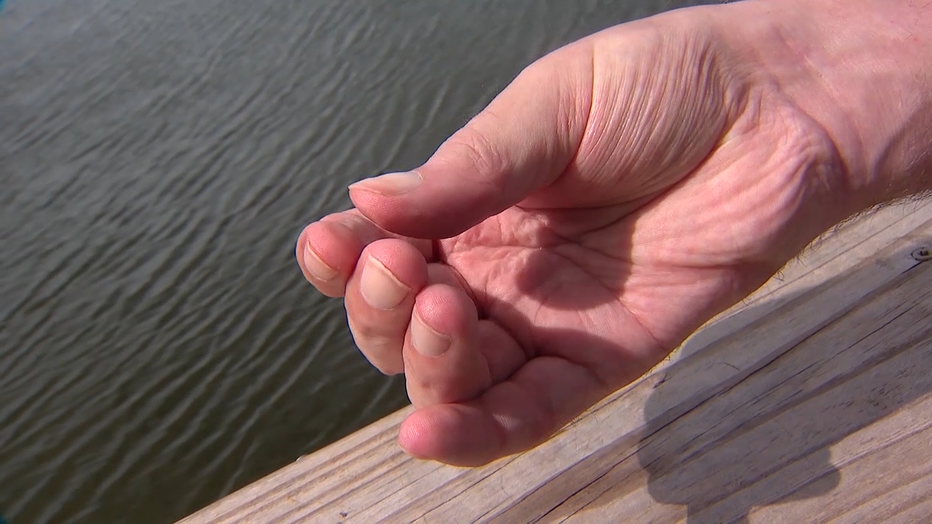 He is now on light duty but still very much a part of the Tavares Fire Department and determined to keep getting better.

His wife, son, and daughter keep him going.

"Life is short. You never know what comes around the next corner. In my case, a 12-foot alligator that ripped my arm off. Could have been a lot worse," he said. "I got my arm and my hand back and can still carry my kids to bed and hold their hands. It's the little things that keep my spirits up." 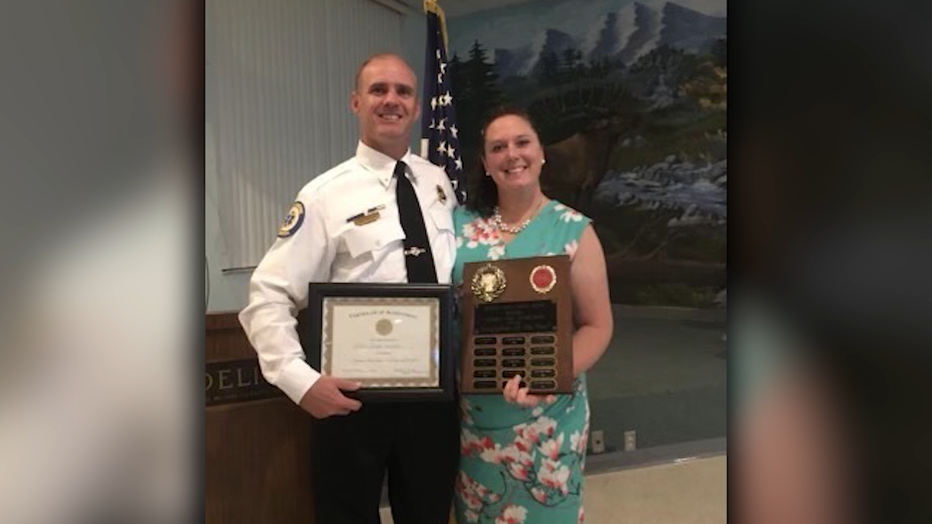 Kieffer said his daughter was the first to ask him not to go gator hunting anymore. He said he's definitely done with that.

His medical bills have already topped more than a half-million dollars. Insurance and community fundraisers have helped cover the costs.

Tune in to FOX 35 News for the latest headlines.