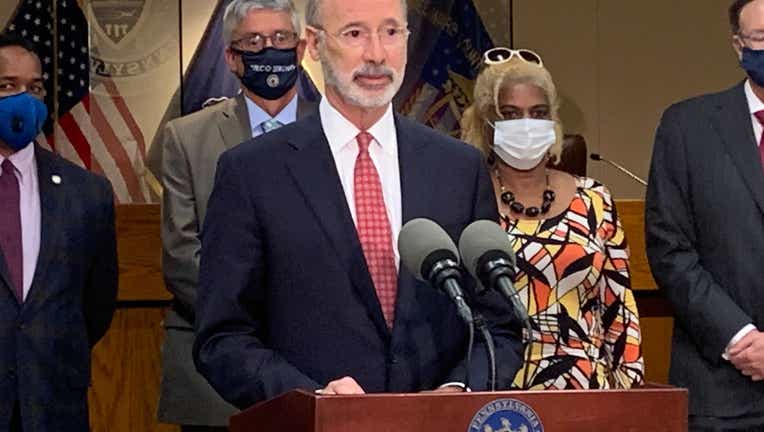 PHILADELPHIA - A federal appeals court has dismissed a judge’s ruling that threw out Gov. Tom Wolf’s sweeping COVID-19 restrictions, saying the issue is now moot because statewide mitigation measures have expired and Pennsylvania voters have since constrained a governor’s emergency powers.

The 3rd U.S. Circuit Court of Appeals ruled that since Wolf's stay-at-home order, limits on crowd size and business closures are no longer in effect, there is "consequently no relief that this court can grant."

The Philadelphia-based appeals court also noted that Pennsylvania voters in May approved amendments to the state constitution that give lawmakers much more power over disaster declarations.

Stickman, who was appointed by former President Donald Trump, had sided with plaintiffs that included hair salons, drive-in movie theaters, a farmer’s market vendor, a horse trainer and several Republican officeholders in their lawsuit against Wolf, a Democrat, and his health secretary.

Writing separately, 3rd Circuit Judge Kent Jordan said that while he agreed with the majority that the case is legally moot, he noted the Wolf administration has said the constitutional amendments do not affect a state health secretary’s disease-prevention authority to issue mask-wearing and stay-at-home orders or shut down schools and nonessential businesses.

At the same time, Wolf administration officials have said they have no intention of restoring such statewide mitigation measures, even as the highly contagious delta variant of the coronavirus has led to sharply rising infections and hospitalizations.

The state is averaging more than 1,600 new confirmed cases per day, up from more than 600 two weeks ago, according to the Johns Hopkins University Center for Systems Science and Engineering.

Jordan also stressed the court was not ruling on the merits of the plaintiffs' case. The decision, he wrote, "should not be read as reflecting a lack of appreciation for the feelings generated by this case, nor as indicating a failure to understand that there are real-world consequences flowing from governmental responses to the unprecedented (at least in our lifetime) pandemic we are yet working our way through."