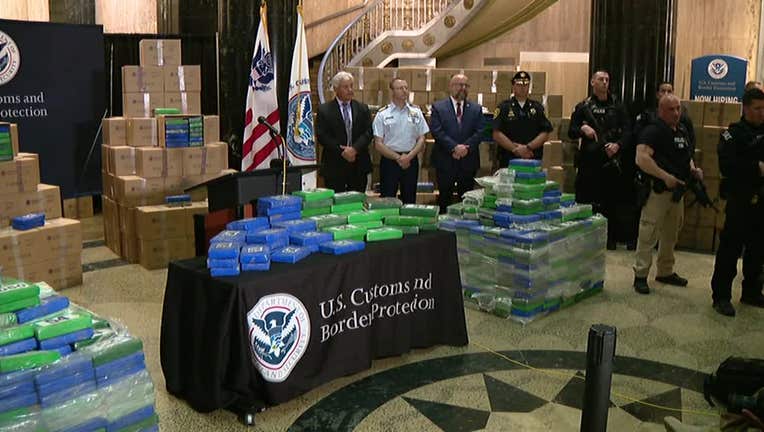 PHILADELPHIA - Five crewmen arrested in the seizure of over 15,000 bricks of cocaine from a ship in Philadelphia were ordered on Monday to remain in federal custody pending trial.

All five were handcuffed and wearing green prison jumpsuits when they appeared with interpreters before a federal magistrate, and a hearing for a sixth defendant will be held at a later date.

Federal authorities last week announced they had recovered over 35,000 pounds, or more than 15,800 kilograms, of cocaine from the Swiss-owned MSC Gayane.

Authorities put the estimated street value of the drugs at $1.1 billion.

Agents on Monday were still scanning containers aboard the Gayane, a cargo ship owned by MSC Mediterranean Shipping Co., which was sailing under a Liberian flag. MSC is a Swiss-based shipping company, one of the world's largest shipping lines in terms of containers, officials have said.

Prosecutors didn't provide a breakdown of the defendants' nationalities, noting affidavits in the case are sealed. At least one is from Montenegro, according to an attorney, and interpreters spoke Serbian and Samoan with the defendants. 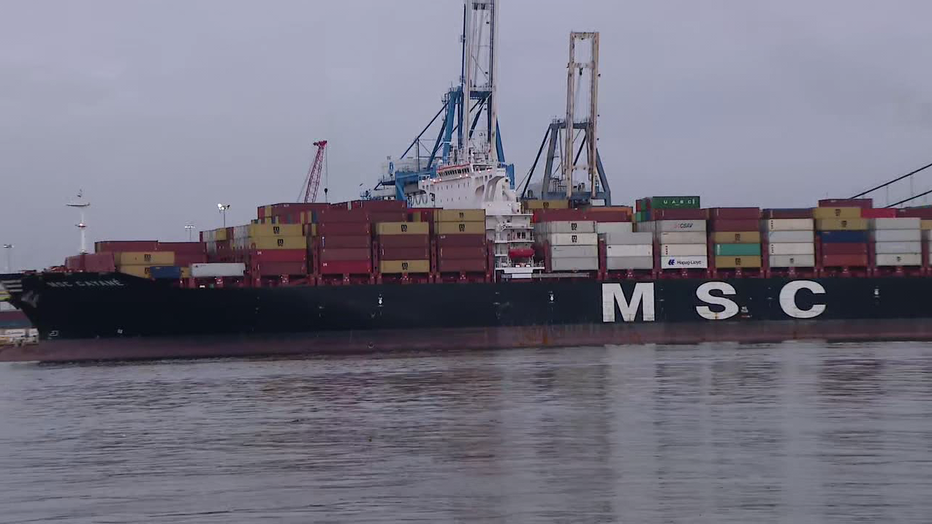