PHILADELPHIA - Officials from government and state agencies say 17.5 tons of cocaine with an estimated street value of over $1 billion was intercepted at a South Philadelphia shipyard Monday night.

Investigators say the 35,000 pounds of cocaine seized from the MSC Gayane was the largest cocaine bust in the 230 year history of the United States Customs and Border Patrol.

United States District Attorney William McSwain said six individuals were charged with 1 count of conspiring to possess over 5 kilos of cocaine on a cargo ship in America. The federal charge carries a maximum sentence of life in prison.

McSwain said all six individuals are foreign born and are not currently incarcerated, but he ensured the suspects are not a threat to flee the area. 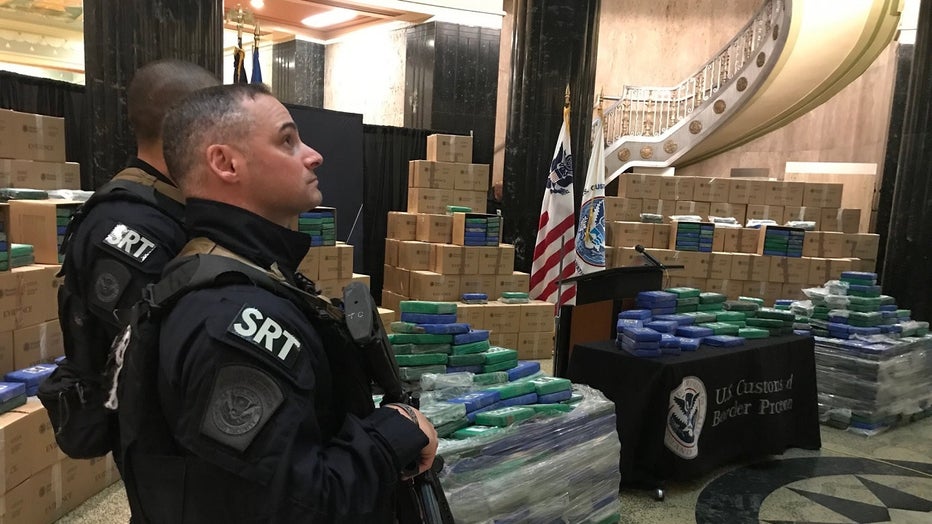 The Mediterranean Shipping Company controlled cargo ship was flying under the Liberian flag, and made stops in South America, Central America and the Caribbean, officials say. The vessel was scheduled to come to Philadelphia, but the ship's final destinations were France and the Netherlands.

Customs and Border Patrol agents say the ship caught their attention during routine screening at the Packer Ave Marine Terminal Port. During that time, indicators were found on the ship which lead to a more thorough investigation with sophisticated equipment and drug sniffing dogs. 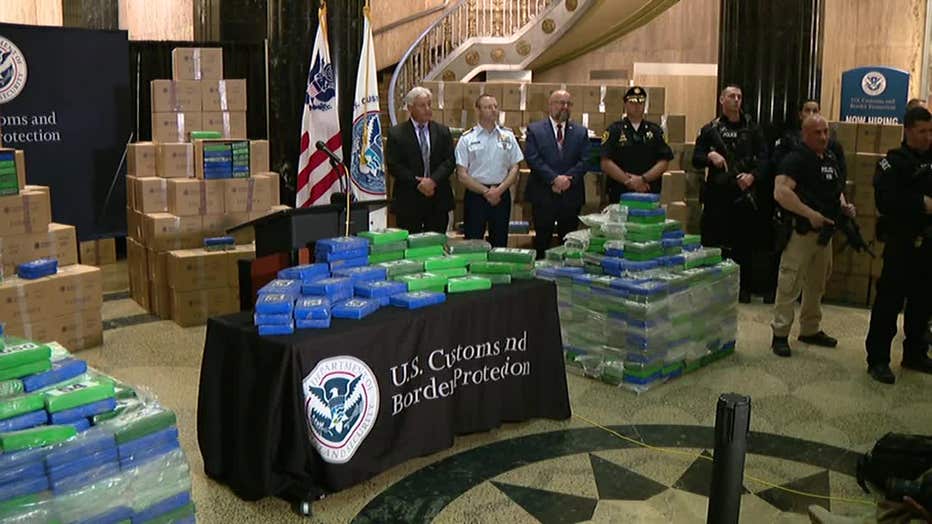 Officials say the cocaine picture is just a quarter of the drugs seized.

The drugs were discovered in seven shipping containers. Agents seized the containers and found between 1,200 and 3,000 packages in each container. A total of 15,582 bricks were collected by agents, which, when laid end-to-end, cover a distance of 2.5 miles.

The 1,030 foot long ship is still docked in South Philadelphia and will not leave until all agencies have completed their investigation.